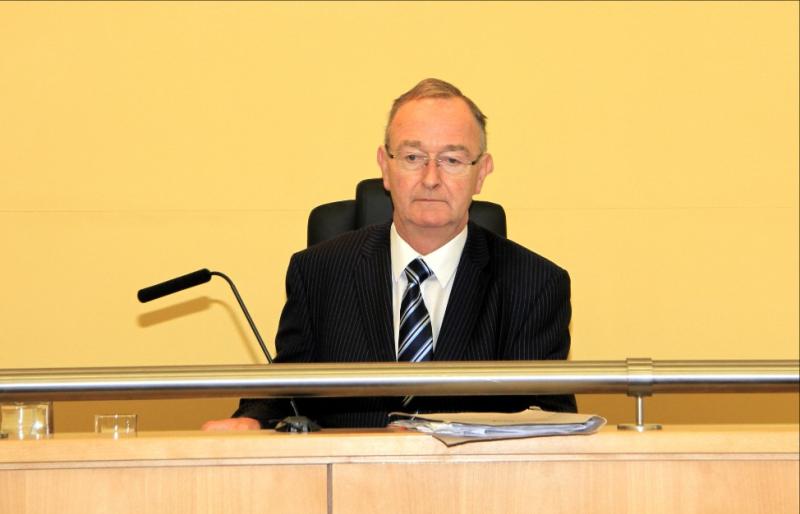 A judge has slammed senior garda chiefs over its attempts to prosecute a support teacher for allegedly assaulting a pupil at a Co Longford primary school.

The teacher, who was cleared of any wrongdoing by Judge Seamus Hughes, had been charged with assaulting a 12-year-old boy on November 15 2016 under Section 2 of the Non Fatal Offences Against the Person Act 1997.

The case was brought before last Friday's sitting of Longford District Court with both the accused and victim giving direct evidence in the witness box.
It had been alleged the boy had been struck across the chest by the teacher for failing to walk on the correct side of the corridor as he attempted to return to class from swimming.

He said while climbing to the top of a set of stairs he noticed the teacher exiting a classroom on his left.

“She pointed her hand and went like that into my chest,” said the boy, as he made a striking gesture to the judge.

The pupil added that the teacher followed him into a nearby classroom where other students were waiting for class to begin.
He continued by revealing at that stage a second teacher had entered the room as his alleged aggressor endeavoured to reveal what had just occurred.

“She (defendant) said: ‘What’s his name?’.
“She said ‘He thinks he can make the rules of the school.’”
After the teacher left the room, the boy said he raised his hand in an effort to tell his class teacher about the alleged incident.

As he wiped tears from his face, the boy said he showed his chest to the teacher, which, by that stage he added, had a “big red mark on it.”
Later that afternoon, the boy returned home to inform his mother of the alleged episode.

That evening, the victim, together with his mother and older brother visited their local GP who examined the child before the matter was reported to gardaí.

Under direct questioning from defence solicitor Martin Cosgrove, it was claimed the boy had ben mistaken about what had transpired and that the incident had taken place in full view of his classmates.

“The whole class were in the corridor,” said Mr Cosgrove.
“It wasn’t only you. At no stage did she (teacher) swing a fist and thump you in the chest.”

The boy denied the assertions put to him, insisting the teacher had in fact “purposely hit me”.
He added: “She did hit me in the chest.

“I didn’t refuse to go over to the right hand side (of the corridor).”
Before hearing from the accused, Judge Hughes said he wanted to listen to the school’s principal about its own internal discipline procedures.

In outlining the school’s code of behaviour, the principal said while there wasn’t a direct policy over students walking on the right hand side of the corridor, there was “an observance” introduced by his predecessor for the orderly transitioning of over 300 pupils from class to class.

The teacher at the centre of the alleged incident told the court she had been confronted by a group of students near the top of the stairs as she left a classroom.

“He (victim) was at the start of the group and the rest were behind,” she said.
“They (pupils) were quite boisterous after having fun in the pool and on the bus.”

Due to the size of the crowd approaching her and the lack of space available on the corridor to get past, the teacher said she simply instructed the pupils to move over to the right, signalling to them as she did so.

“As the group approached me I said quite loudly and clearly to walk on the right hand side of the corridor as it was the school rules,” she said.

“I probably did (put out arm) as there was a large group coming at me.”
It was at that stage the alleged incident took place, she continued.

“He was brushing past me, but he didn’t shoulder me and neither did I to him.”
The teacher, who maintained she had not crossed paths with the boy prior to the alleged incident, repeated her solicitor’s earlier claim over the innocence when questioned by Judge Hughes.

“I absolutely did not,” was her reply when asked by the judge if she had intentionally struck the boy.

She also told him of her previous unblemished record in a profession that dated back more than three decades.

“I actually started the year corporal punishment was disbanded,” she said.
Taking time to weigh up his thoughts on the case, Judge Hughes admitted the issue represented an exceptional one with his ruling potentially being a “career ending” one.

In that respect he quizzed Inspector Declan Rock as to why the case had been directed for prosecution at garda management level and not by the Director of Public Prosecutions.

Inspector Rock said he was not in a position to answer that question, saying: “I can’t say they (guidelines) weren’t adhered to.
“If it landed on my desk, I would have sent it to the DPP.”

Judge Hughes, replied, as presiding judge he had to determine beyond any reasonable doubt that the teacher accused of assaulting the child had done so with intention and recklessness.

In casting his ruling, the judge said the evidence provided fell “way below” the parameters set down under Section 2 of the Non Fatal Offences Against the Person Act.

Judge Hughes also stressed that had the case file been sent to the DPP, the case to all intents and purposes would never have been determined in the way it was.

“After 35 years of teaching service (the defendant) was subjected to a criminal prosecution which has no merit whatsover,” he snapped.

“Not only has (the defendant) been subjected to a long legal process but indeed the victim, himself, was traumatised by having to enter and be questioned in this (witness) box.

“I sincerely hope that when any cases like this in the future arise, it is treated far more sensitively by An Garda Siochana.”

With that, the defendant could be seen sobbing at the back of the courtroom as Judge Hughes commended the case’s prosecuting garda while absolving her of any blame.

“My criticism is directed at her superiors,” he added.