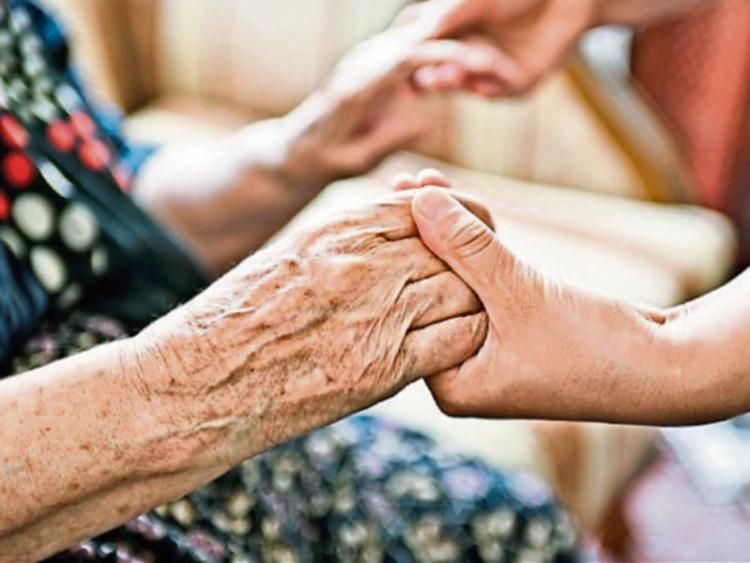 Many local families are affected by the horrible disease of Alzheimer’s.

In times past we knew it as someone raving, or mixed up, or, simply getting old.

Maybe, I often think, would it be better if we were equally ignorant nowadays, and put it all down to some spurious cause called raving.

That way, nobody would be carted off to a home, or sent into ‘care’ or have any much interaction with anyone in the medical field. Yet, in those relatively backward times, everyone lived at home.

Unless people can be passed into seriously well funded care, nothing much is to be gained by sending anyone to a ‘care’ home.

My own mother was in such a care home, where without doubt there was sympathy for her, but at the same time I walked in one day and found her restrained in the chair.

Not a pretty sight to see your mother restrained in such a way.

She was crying continually, and looked completely helpless.

A tiny, frail, miserable bundle of what she once was.

But, a resting home, is really no place for such people as Alzheimer’s patients; very often, they are at a loss as to how to deal with them. Not all homes are without medical expertise, but to provide it needs serious funding.

Although we kept her at home until there was simply no option but to send her to a care home, and we were lucky to find one that did really care. Yet, for all the best intentions they couldn’t manage to look after her because she was becoming unpredictable and would ramble off anywhere. So they did the only thing they understood.

It’s understandable, in ways, but yet seemed so very terrible.

Many care homes have made positive steps in relation to caring for Alzheimer’s patients, whereas there are others that have room for improvement.

Even in care homes where they do understand the disease, they don’t always have the medical backup or funding, to do anything that might help.

I recently watched - twice so far - a film recording the last public days of Glen Campbell. The tour began in 2011, accompanied by his last album released on August 20, 2011, and ended in 2015.

Arguably one of the greatest guitar players that ever lived, not only that, he had a tenor voice that made the trained tenors seem painful to watch, and listen to, by comparison.

Campbell could sing with grace and ease and hit notes that one did not feel possible.

The untrained singer, was a natural; that’s the difference.

He started out as a two bit guitar player, and moved to LA in 1960 where in 1961 he became part of a group of session musicians known as the Wrecking Crew.

Incredible players, Brian Wilson of the Beach Boys was so enthralled with their ability when he heard them, that he stopped using anyone from his own band on records at all.

They became known as The Wrecking Crew because someone in the Music business said they’d wreck the scene.

Indeed they did. They began to do it right!

These were the musicians who played all the great licks, and links, arrangements, and memorable lines in the backing of every single Beach Boys hit.

They also backed Sinatra, Dean Martin, Nat King Cole, Simon & Garfunkel, Elvis, Sonny & Cher, anyone that was anyone, in fact.

The documentary about Campbell’s decline through the last stages of Alzheimer’s was incredible to watch.

But he attended the Mayo Clinic, where in America at the time over 500 billion dollars was being spent on research to try and find a way to contain, if not cure the disease. That was in 2011, now it’s much greater.

He received shots to slow the progress for as long as possible.

So Glen had a very attentive medical team at his beck and call, and of course could pay for the service. He ended up recording an album to draw attention to the disease, and touring several cities across America.

Some felt it was a sad way to end a glittering career, but his family who accompanied him on stage every night on that tour, were certain that by doing such a tour, Glen was exposing his vulnerability, and doing good for others.

Plus they knew he felt better when on stage.

The astonishing aspect of all this, is that once he walked out on stage, he adopted an immediately different persona, like throwing a switch, and could sing - albeit to a teleprompter - perfectly, and when he took a guitar break….for which no teleprompter has ever been designed, he played blistering and note perfect guitar solos.

As the tour progressed, some nights he wouldn’t even remember the names of his family who were accompanying him on stage.

His daughter who plays brilliant banjo, and guitar, stood beside him and even then, he couldn’t remember her name, on some occasions.

Yet, the guitar solos were so embedded in his mind that he played them perfectly, often playing natural unpredictable creative lines in among the complexities of the arrangements.

Anyone who really knows how to sing, should do so.

When someone can no longer speak intelligibly, they can still play music. Isn’t that truly incredible?
Of course even that facility eventually fades, and they ended the tour in Napa, California when his family knew that, at last, finally even the music was now fading from his mind.

He called the final album Ghost on The Canvas.