All eyes on Maria Edgeworth at international conference in Rome 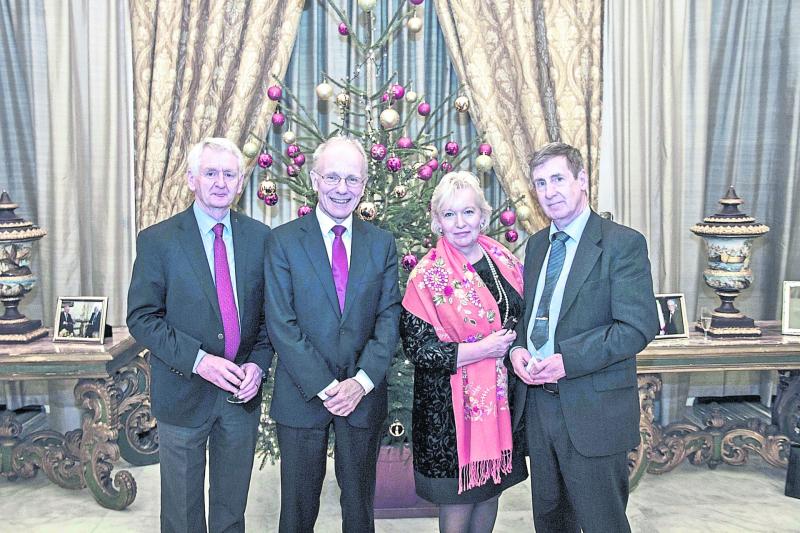 The conference was organised by the English Department of Roma Tre University under the direction of the Scientific Committee led by Raffaella Leproni, Professor of Enhlish and Translation Roma Tre and Carla De Petris, Senior Professor of English Roma Tre.

A tremendous amount of work went into organising this event which included members traveling to Edgeworthstown in the summer period.
The conference was one of many events being organised internationally to celebrate the 250th anniversary of the birth of the novelist, children’s writer and educator Maria Edgeworth.

The conference was supported by the Irish Embassy to Italy with the Ambassador Colm O’ Floinn addressing the opening session.

“It was an honour and a privilege to have been invited to speak at such an auspicious event where I got the opportunity to highlight the work being carried out in Edgeworthstown, aimed at creating an awareness of the place Edgeworthstown holds amongst the world’s literary sites, and the role it will play in being of international importance as a cultural Tourism attraction under the Failté Ireland, Ireland’s Ancient East initiative,” said Matt Farrell of the Edgeworth Society in Edgeworthstown.

He also stated that the attendance at the conference was an opportunity to promote and develop links with the prestigious Roma Tre university and that plans are afoot to develop a collaborative programme where future students from Rome will visit Edgeworthstown as part of their English Literature studies.

The conference heard a wide range of papers on the works and life of the celebrated Maria Edgeworth ranging from children’s education, her novels, gender and political issues of the period and their ongoing relevance to current thinking.

The conference ran over two days with the speakers and guests being hosted at the splendid Villa Spada by the Irish Ambassador.

This was a wonderful opportunity for the group from Edgeworthstown John McGerr, James and Camilla Kelly, who gave of their time and at their own expense to promote Longford and Edgeworthstown.

Plans are well advanced for additional events in Edgeworthstown, Longford, Dublin, Waterford and York in England as part of the Edgeworth250 initiative.