SuperValu Tidy Towns 2017: Ardagh was the 'template' that many other committees aspired to down the years 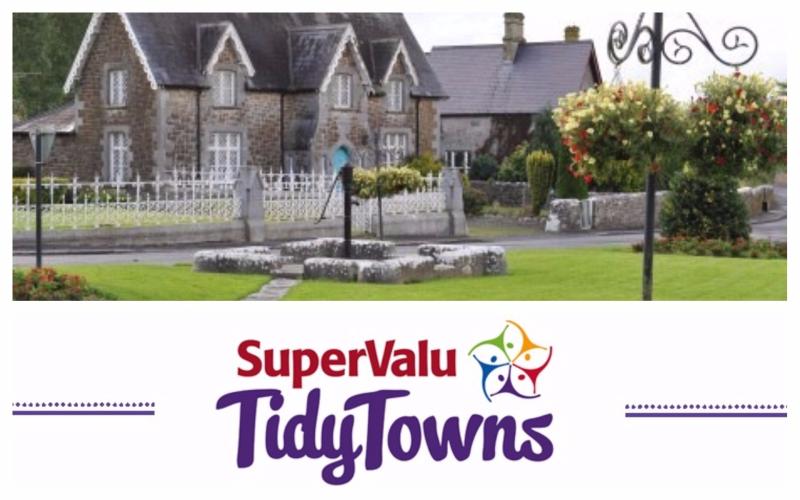 Here's what the SuperValu Tidy Towns 2017 adjudicators had to say about Ardagh and above are the marks the village received.

Ardagh is very welcome to the Supervalu Tidy Towns for 2017.

Thank you for the completed entry form and the accompanying map of the village which  has the title of Ardagh Village Plan but no reference to what it period it applies to!

It was a little disappointing to note that there is still no 3 year plan despite requests from adjudicators over the last two years and that the application form was more than a little short on information under the category headings.

Ardagh has a rich legacy in the Tidy Towns Competition being a National Awards winner on three occasions and probably over time it can be hard to sustain the level of commitment needed to maintain these standards.

That said the village still retains a high rating in the county and maybe it’s time build on that.

One notes with a degree of sadness that the committee of 12 is not very well supported in its efforts to re-establish Ardagh as one of the major players in the National Competition.

Longford County Council and the Community Employment Scheme and some local businesses are the main backers.

Your methods of communication need to reflect the change that has occurred in our society and the adjudicator suggest that you to make a plea over the coming months for new members to help you with your efforts.

It would be a pity if the legacy that this heritage village has achieved may fade in the years ahead so hopefully your committee will be supplemented with additional new members or volunteers prior to next year.

Do also consider putting together a simple work plan for at least the next two years as it focuses one on tasks that need to be done under specific timescales.

The diamond area in the centre of the village is its most attractive characteristic feature and this was enhanced by excellent road surface, attractive street lighting and well maintained footpaths.

The undergrounding of cables done a good number of years ago has made the village more picturesque.

The two commercial premises owned by the Lyons family were presented very well and the frontages were free of clutter.

The only work entry that you have included in this category is the work on the restoration of boundary walls.

Ardagh is blessed to have such a compliment of well preserved boundary walls throughout the village and its surrounds and this is one of its major features so well done to those entrusted with the job of maintaining these.

Most private residences were in a good state of repair some of these are of cut stone and certainly add to the uniqueness of Ardagh.

Last year the adjudicator referred to the many unoccupied houses in the village and reflected on the possibility that there may have been a population decline over the years.

This same thought occurred to the present adjudicator and this may be the main reason for lack of volunteer support.

It was very disappointing to see the condition of the Heritage and Creativity Centre and its surrounding area.

The attractive sign that one associates with the centre was badly in need of cleaning.

It was closed to the public on the day and looks if does not have a permanent caretaker who would maintain it in a better condition than at present.

Scoil Mel Naofa and the adjacent playschool were in very good condition and some remedial work was being undertaken now that school holiday time had arrived.

Well done to the personnel who have the responsibility of looking after both the Church and the school.

The adjudicator found St Patrick Church of Ireland and the adjoining graveyard most interesting as it reflected the history of what was once known as the Established church in the village of Ardagh.

The boundary wall of the original Ardagh House had a plaque on Oliver Goldsmith and his “association “with the Featherstone family.

Ardagh House then became a Rural Science College but it seems as if it is unoccupied at presents.

This adjudicator visited Ardagh on a few occasions in the past and was always impressed with the variety of landscaping and planting options that were to be seen in the core area and on the outskirts.

On this occasion he was slightly disappointed with what was on view.

The central area had tended beds of tuberous begonias with no colour balance by way of additional annuals.

The shrub bed near the wall of the St Patricks Church was more than a little weedy and needs to be replenished somewhat.

Some attractive tub planters and hanging baskets were observed in the centre of the village and in the outskirts but overall the landscaping and planting lacked the vibrancy of what one associates with Ardagh.

One appreciates that if the voluntary support isn’t forthcoming it can be hard to get work done and it is left to the dedicated few.

The adjudicator recommends that you get advice from the county engineer with responsibility for your area to help revise a planting plan for Ardagh that would see it back to its best in the years ahead.

There is immense potential for the village to improve its standing in this category in the coming years.

To do this the committee needs to get advice from either Heritage or Environmental Officer of Longford Council on how best to create awareness of the wildlife habitats that exists in the immediate area.

The National School should also be involved by way of inviting the school principle to one of your committee meetings and discussing ways of putting together a school project that would impact on the category and earn you additional marks in time.

The Neighbour Park was mentioned in last year’s report as being an ideal location for display boards depicting the fauna and flora of the area.

First the park needs to be revitalised a little as the paths were a little overgrown and weedy.

Also the Heritage Garden is another option for a mini wildlife project.

This is a category that has caused some difficulty for many committees over the last few years.

To create more of an awareness of the category and its main objectives the Tidy Towns Unit produced a leaflet two years ago that was distributed to all participants in the competition.

Also the following websites are very useful for accessing information on project ideas that would contribute to the reduction of the production of unnecessary waste thus reducing the volumes going to landfill or other unproductive forms disposal.  www.localprevention.ie www.greenhomes.ie and www.sustainableprocessing.ie

Well done on your composting imitative as this is very much in keeping with what is required in this category.

Do continue with your idea generation and other mini projects for next year and also consider as per advice in the previous section getting school children more involved.

There are additional marks to be picked up as well.

Litter control and general tidiness was quite good in the village and its surrounds and regular litter picks that the committee members undertake are doing the hob very effectively.

One is amused at your comment on “mummys eating on the go” its part of the fabric of life nowadays – changed times when sitting down to eat was part of one’s relaxation.

Again this year’s adjudicator would have appreciated a little more information on what other measures you are taking under this category.

Is there any form of spring clean day that involves other village organisations, do you involve yourselves with the school to try and have junior litter picks?

More information for next year’s adjudicator would be welcome.

The standard of presentation in this category was very good and this is the category that offers most potential for an increase in marks in the forthcoming years.

The adjudicator was impressed with the exceptional houses that were viewed during the walkabout many of fine vintage stone work.

Some new houses were observed on the outskirts of the village and these were also of design that blended in with the existing ones.

It is a little disappointing that there is no reference in your submission to involvement with local residents of how you would work as a collective.

The adjudicator suggests that you try to get residents to form a village residents association as they would be able to help you with your ongoing work and would also be in a position via an appointed spokesperson to give you feedback.

This is why a dedicated two year work plan is needed as it identifies what can be achieved under the various category headings.

The road in from Edgesworthstown by the Heritage Centre was well presented with the tree lined entrance making it very appealing to the first time visitor.

A few road sign poles on this road were in need of cleaning and one rusty gate was observed as it stood out in contrast to the well kept establishments.

The road in from Longford was also attractive and had a very eye catching green area with a lavender bed at the junction further out near entrance to Ardagh House that was.

The kerbside here had been recently painted in its original black and amber and it gives an added splash of colour to that whole area.

St Patricks GAA Grounds is a fine facility and there was some young lads having a kick about on the day.

The directional signposts in the centre of the village are in need of cleaning and whilst it was for a good cause do desist from putting event notice board sin the middle of the green it takes away from the surrounds.

Overall the standard was very acceptable.

It was good to revisit the village of Ardagh after a long number of years.

Ardagh was the template that many other committees aspired to down the years.

Hopefully it will come back to the top table in the years ahead.

You are wished well for the future.