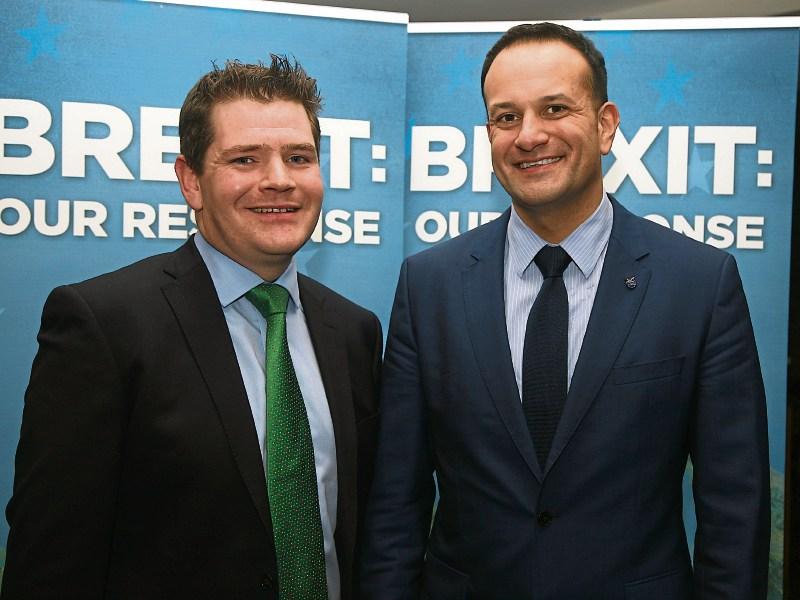 Longford/Westmeath TD Peter Burke, pictured with An Taoiseach Leo Varadkar, has hit out at 'beyond delusional' Fianna Fáil claims on the decision to repay Ireland's IMF debt early.

Claims by a Fianna Fáil TD that he was in some way responsible for the economic plan to repay early, the full outstanding IMF debt, are beyond delusional, Fine Gael Deputy Peter Burke said.

According to Longford/Westmeath Deputy Burke, on RTE Radio’s Drivetime broadcast on Thursday, Fianna Fáil’s Michael McGrath suggested that he influenced the decision to repay the IMF debt early after raising the issue previously with former Finance Minister Michael Noonan.

“Make no mistake about it, Fianna Fáil or Michael McGrath had no influence on how we came to this decision.

“When it comes to IMF repayments, we all know what role Fianna Fáil had – their mismanagement caused them and the resulting pain and hardship that everyone in Ireland felt for years afterwards.

“Mr McGrath and his party were in Government when the IMF rolled into town. Nobody will ever forget how we lost our economic sovereignty – through Fianna Fáil politicians and there are still plenty of those faces on their front benches.

“It is only thanks to the good work of the Finance Minister Paschal Donohoe and his predecessor Michael Noonan that we are now in a position to repay early the IMF debt (circa €4.5bn) and bilateral loans from both Sweden (€0.6bn) and Denmark (€0.4bn).

“Those who seek to claim credit for the good work achieved by Fine Gael are best left in the distant past with the economic crash,” Deputy Burke said.