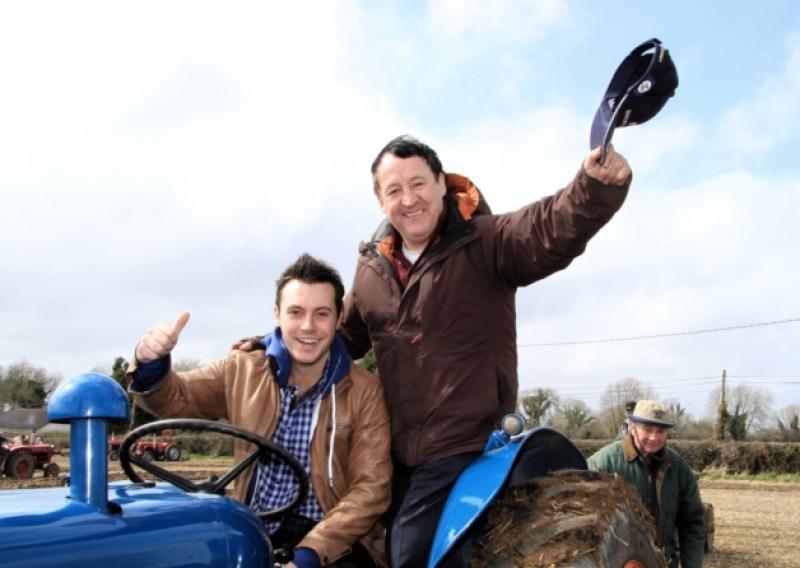 The fifth annual Olde Fair Day will take place on Sunday next August 20 in Ballinamuck and it promises to be an even bigger and better show than last year.

“It was a great success last year and with lots to see and do everyone was kept entertained,” said secretary, Siobhan Mulligan.
“We are building on last year’s event and we know there is something for everyone to enjoy this year.”
Meanwhile, the Old Fair Day will begin with a Vintage Parade from Gaigue Cross at 12.30pm.
This will travel down to the fair field which is located across from the ‘98 Bar and a very special guest will then join in proceedings.
All the vintage vehicles will be on display around the ‘98 Bar throughout the day.
“There will be lots of traditional skills on display from Boxty making and tin making to basket weaving,” continued Ms Mulligan.
“The ICA will be in their tent selling tea, cakes and buns and there will also be a live stock display featuring horses, pigs, sheep, etc.
“We also have a dog show.”
Throughout the day’s proceedings next Sunday there will also be lots of craic agus ceoil to be had!
Plenty of fun is guaranteed with the cow bingo as well as mouse racing, duck in the pond, bucking bull, go cart reversing for kids and lots of novelty games.
“We have a lot of new additions to our event this year that we are all really excited about,” Ms Mulligan added before pointing to the live music from a number of special guests that would take place on the field.
“There will be lots of other entertainment too, so we are encouraging everyone to put August 20, 2017 in their diaries and come on down to Ballinamuck where at great day out for all the family is guaranteed.”
Abandoning Castlebar in Co Mayo, General Humbert moved towards Ulster with the intention of igniting a rising but after defeating a blocking force of British troops at Collooney in Sligo, he altered his course following reports that rebellions had broken out in Westmeath and Longford.
He crossed the River Shannon at Ballintra on September 7 and stopped at Cloone which was halfway between his landing-point and Dublin.
News reached him of the defeat of the Westmeath and Longford rebels at Wilson's Hospital School and Granard.
With Cornwallis' huge force blocking the road to Dublin, facing constant harassment of his rearguard and the pending arrival of General Lake's command, Humbert decided to make a stand the next day at the townland of Ballinamuck on the Longford/Leitrim border.