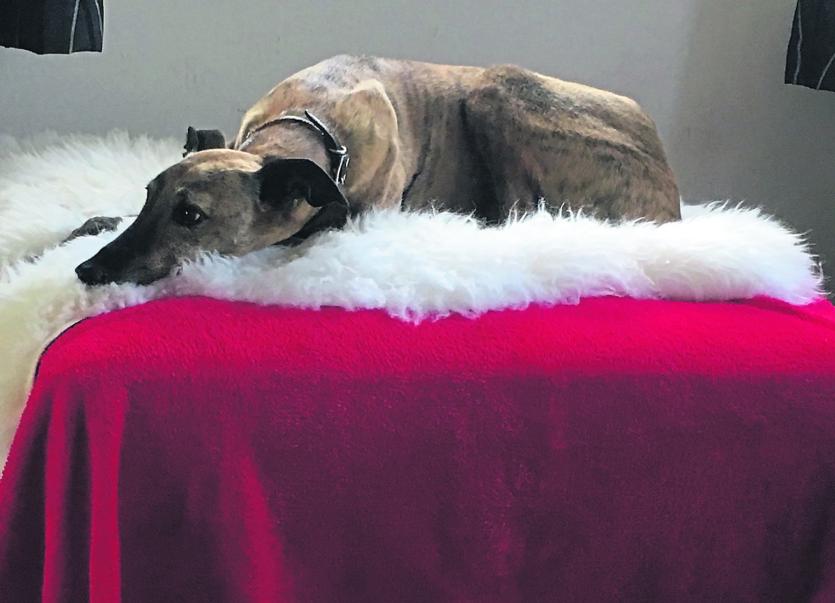 If you're thinking about getting a dog, consider a retired greyhound.

You can even meet a few on Sunday August 6 when a charity walk will take place from Longford dog pound as far as the mall, to raise awareness for the Retired Irish Greyhounds Trust.

The event will allow members of the public to meet retired greyhounds and see what they're like as pets.

According to organiser Michelle Coe, they're extremely easy to look after and very gentle.

“They just need a quick walk in the morning, and they're sorted for the day,” she told the Longford Leader last week.

“They're known as 30mph couch potatoes,” she laughs, adding that her two greyhounds, Jasper and Reilly are proper 'couch surfers'.

People who have greyhounds of their own are welcome to join the charity walk, which will start at 2pm from Longford pound, before making its way to the Albert Reynolds Peace Park (the Mall), where there will be a picnic and a chance to socialise with the beautiful dogs.

“The pounds always have greyhounds waiting for forever homes, so this event is to make people aware of what they're like as pets,” said Michelle.

“One of my greyhounds is also a therapy dog at St Joseph's, and he's a big hit,” she added, pointing out that greyhounds are great for more than just racing.

“There are some great breeders who really look after their dogs. But not all of them are.

“Often, if one is racing and breaks a limb, they're not given the time to revocer. They're often put to sleep, whereas any other dog would be taken to the vet.

“This is the shadier side of the greyhounds industry,” she said.

“But greyhounds are brilliant and they've got the best personalities.”

The walk will take place in aid of the Retired Irish Greyhounds Trust on Sunday August 6, starting at 2pm from Longford dog pound.

Everyone is welcome to come along and meet some of the adorable greyhounds up for adoption.