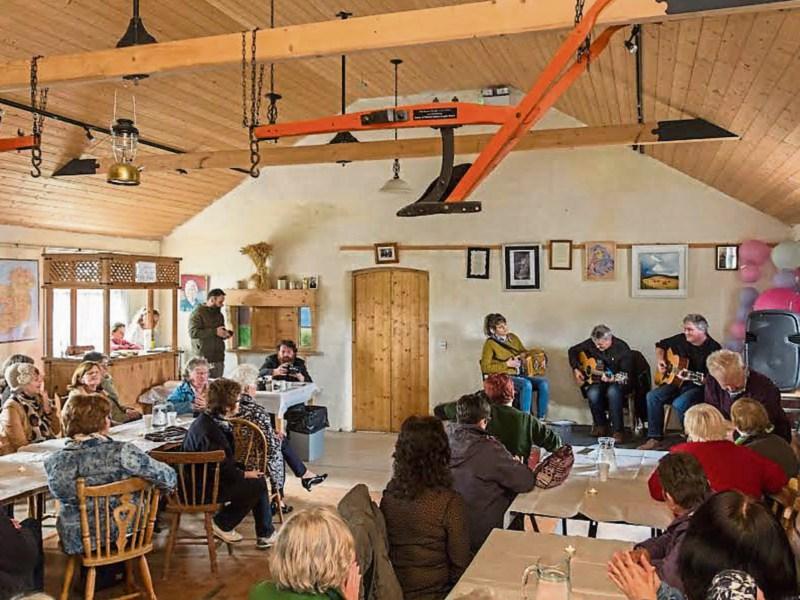 'A Midsummer Night's Dream' in Ardagh

July 1, 2017 saw a unique retelling of Shakespeare’s play 'A Midsummer Night's Dream' in the idyllic outdoor setting of Ardagh.

The amateur group, Creative Ardagh Players, went with a gothic theme to match their location, using costumes and music to guide the audience from scene to scene with a ‘90s gothic/curehead fashion influence. There was a touch of Black Adder added in for good measure.
The set consisted of seven stages dispersed through the garden and forest of The Neighbourhood Park at Ardagh Heritage and Creativity Centre, which created the otherworld for this magical play.
Cook 'n' Dine chef, Martin O’Connor provided tasty refreshments, in the forest, during the interval.
While researching the play, Creative Ardagh discovered that the local legend of Midir and Etain inspired a bard from Brittany (in the 12th Century) to pen ‘Lai d’Orphrey’ which then inspired Shakespeare to pen this beautiful play.
The similarities between Midir and Oberon and indeed Midir and Puck are astounding.
Oberon is the King of Shadows as is Midir, Puck is a trickster who "mithers" people.
Perhaps both Oberon and Puck are representing elements of the local son of the Dagda. All can make themselves invisible and are of normal height.
The 'fairyland' described in 'A Midsummer's Night Dream' is in no doubt Tír na nÓg and the fairies are presented as mischievous but kind and not as demons as was the interpretation of the church of that time.
Titania has characteristics of many a Celtic legend lady including Fuamnach, the powerful, magical first wife of Midir and the fearsome Queen Maeve.
This will most likely not be the last we will hear from the Creative Ardagh Players, a mix of all ages and backgrounds, as they intend to do more shows in the future and perhaps redo this magical comedy again as there have been many requests.
Creative Ardagh Players wish to offer sincere thanks to all who helped with the production including Creative Ireland - Longford for their support and belief in us; Etain Winder for all her hard work and inspiration; Matt Farrell of Edgeworthstown Literary Trail for lending costumes; Seamus Clarke of Outtake Media for videoing; Paul Higgins of Backstage Youth Theatre, Mona Considine of Backstage Theatre and director Christine Cummiskey in New York for their enthusiastic advice; all the cast and crew, the many well wishers and especially all who came to watch the play in the woods.