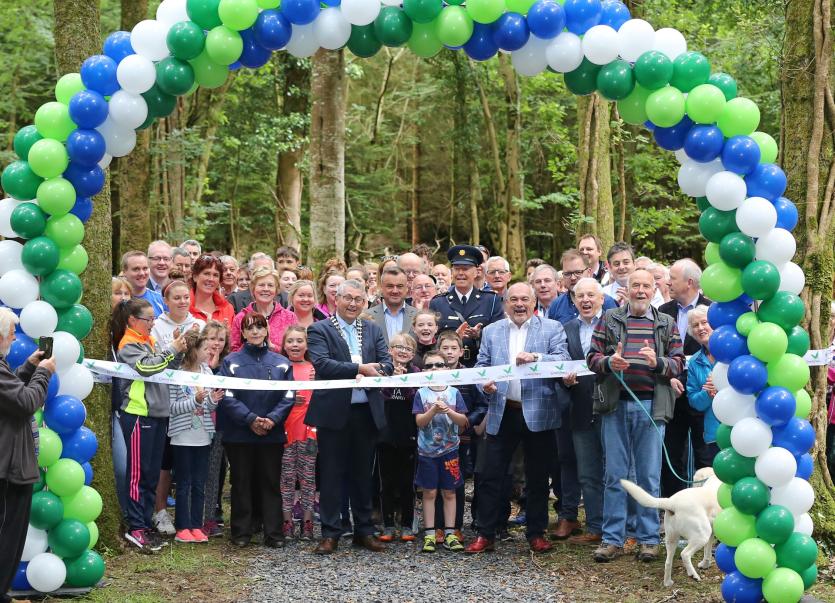 UK leisure giant Center Parcs have cut the ribbon on a new €200,000 public walkway at its proposed Longford Forest holiday village in Ballymahon.

Center Parcs chief executive Martin Dalby described the opening as a "major milestone" in its plans to bring a €233m holiday village to the county in two years time.

He said the walkway, though 3.75km long at present, would extend to 5.1km when a section of path along the locally named Church Walk becomes fully operational.

"This footpath has cost Center Parcs €200,000 to create," he revealed.
It’s particularly important for Center Parcs to mark and to celebrate with all of our friends, the local community.
Mr Dalby said ever since its original planning submission back in October 2015, Center Parcs had never shied away from its commitments to the local community.
“We always said we would provide a new circular footpath to the local community to use given the loss of amenity to Newcastle Wood itself.
"We’ve always stated the opening of Center Parcs in Co Longford will be transformational and this path, together with the recent announcement on broadband and gas is exactly that.
"Center Parcs will transform the whole of this area for many, many years to come."
Cathaoirleach of Longford County Council Cllr Mick Cahill conducted the formalities at a ceremony attended by local residents and politicians earlier today.
In what was one of his last functions as Cathaoirleach, Cllr Cahill confided that while he was not known for his long speeches, the occasion was especially symbolic.
"They (Center Parcs) have done what they said on the tin," he told those watching on.
"They delivered when they said they would deliver and it’s been a privilege for me to have been involved with Center Parcs since the start of this process."
Mr Dalby, meanwhile, added that the construction on the addition of up to 500 lodges at Longford Forest would get underway later this autumn.