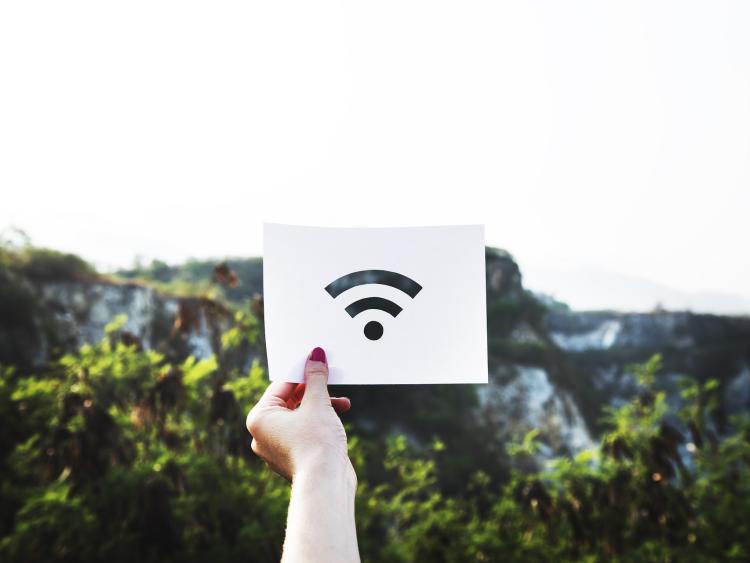 Are free public Wi-Fi hotspots on the way for Longford?

Sinn Féin MEP Matt Carthy has argued that the ‘Wifi4EU’ scheme must benefit rural areas most in need of improved internet connectivity.

Speaking from Brussels this week, Carthy said: "Wifi4EU funding amounting to €120 million will provide up to 8,000 free public Wi-Fi hotspots across the EU.

“As shadow rapporteur of this file in the Transport and Tourism Committee, I proposed amendments to prioritise rural areas in in the scheme’s rollout.

“I am pleased to report that these amendments received overwhelming support from MEPs and the final agreement will grant funding on a ‘first-come, first-served’ basis but, crucially, will prioritise rural and remote communities, who do not currently avail of public Wi-fi hotspots.

“This is an important commitment. Unfortunately successive Irish governments have failed abysmally in providing rural committees with the levels of connectivity required.

“A digital divide exists between rural and urban areas, as a direct result of government broken promises to provide a scheme of rural broadband. It often appears that the Fine Gael government is purposefully trying to keep rural Ireland in the dark ages.

“In our work in the European Parliament I, and my Sinn Féin colleagues, are committed to voicing the need for substantial internet connectivity in rural areas. Rural communities require the same internet resources as urban areas, which is a measure of quality of life.

“Increased internet connectivity benefits the promotion of tourism, which is an essential sector in many rural areas. Additionally, the development of local domestic economies, particularly those dependent on SMEs, rely upon a decent infrastructure and reliable internet connectivity in order to emerge into a rapidly changing market.

“People located in rural areas deserve to be able to live and work in their areas and not have to move to where internet connectivity and other resources are accessible. It is unacceptable that rural broadband is not a norm across the fifteen counties of the Midlands North-West constituency, unlike other EU regions.

“The approach of the Wifi4EU initiative provides an opportunity for rural areas to avail of internet connectivity in public spaces, as the Irish government has absolutely failed to do so.

“I will endeavour to ensure rural communities are aware of the proceedings and possibilities of the Wifi4EU scheme. Applications should open at the end of the year and I will be encouraging local authorities to apply for the scheme”.