Longford Gardaí say they are investigating the incident 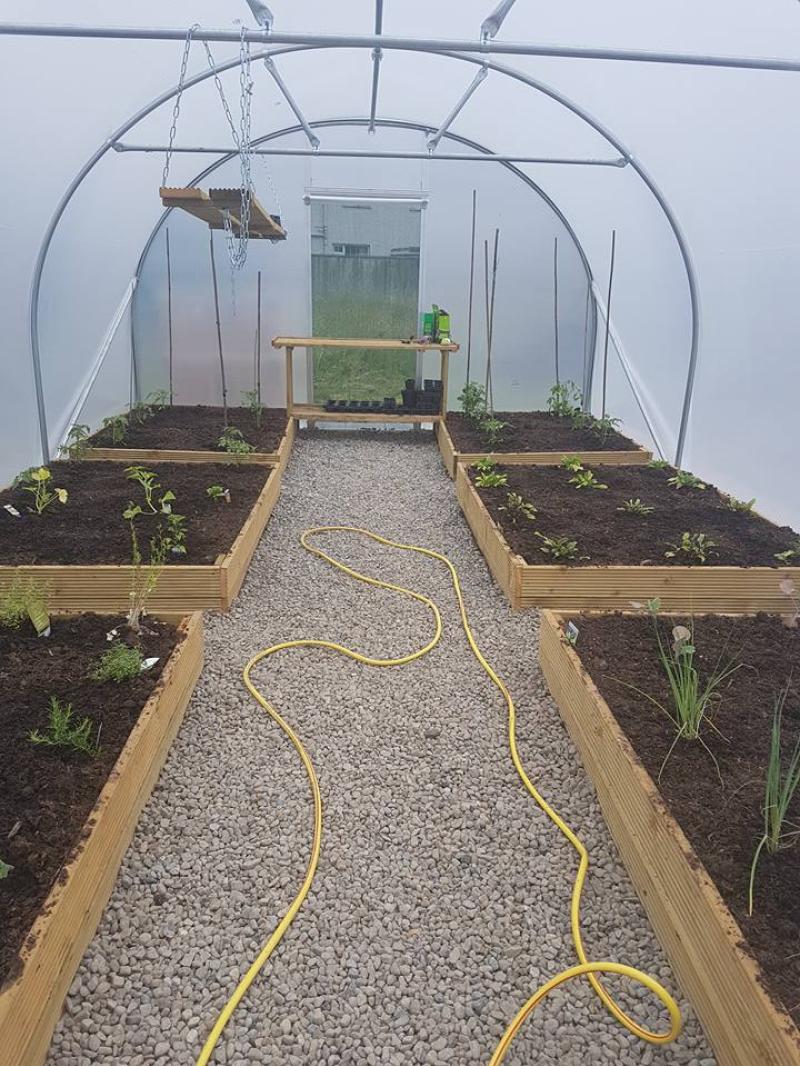 A polytunnel that cost Attic Youth Cafe €2,000 to erect at its base on the Ballinalee Road in Longford town was destroyed by a group of youths at the weekend.

The tunnel which had only recently been set with fruits, vegetables and flowers by a group of volunteers had been a source of pride among members of the Foróige organisation that has been fundraising for the last five years to secure its new state of the art home in Longford town.

Speaking to the Leader on Monday, Ruth McGarry-Quinn, Leader Attic Youth Cafe said everyone was infuriated and disappointed over what had happened.

She also said the Gardaí had been informed and were currently viewing CCTV footage from the night of the incident.

“The polytunnel has only been up about three months, but the amount of work that has been done, thanks to our volunteers, has been incredible,” she said, before pointing out the irony of what had happened.

“Basically a group of young lads decided to have a firing rocks competition and put rocks through our polytunnel; it cost €2,000 to put it up in the first instance and we really don’t have the funds to replace it.”

Meanwhile, the cost of re-covering the tunnel is unknown, but Ms McGarry-Quinn says that members will once again have to fundraise to meet any costs incurred.

“Oh, this will definitely set us back financially,” the Attic Youth Cafe leader continued.

“We can’t really afford for this to happen to be honest with you and the fact that it is young people who did this, and young people who use this facility, just makes everything more infuriating.”

On Monday, gardaí at Longford Garda Station confirmed to the Leader that they were investigating the matter and members were currently viewing CCTV footage.

“Everyone would prefer if the young people involved in this would just own up to what they did and come forward,” added Ms McGarry-Quinn.

“We would also ask anyone who has information about the matter, to contact gardaí in Longford town.”

Attic Youth Cafe will be two years at its new home on the Ballinalee Road in September.

Summer programmes are in full swing at the moment and the first Parkour course in Ireland is now situated at the back of the facility.

“Five people have completed the Level 1 Parkour Coaching Course and we have a junior, teenage and adult group at the moment,” said Ms McGarry-Quinn.

“This is open to everyone who is interested in Parkour and information in relation to this will be posted on Attic House’s notice page online.”