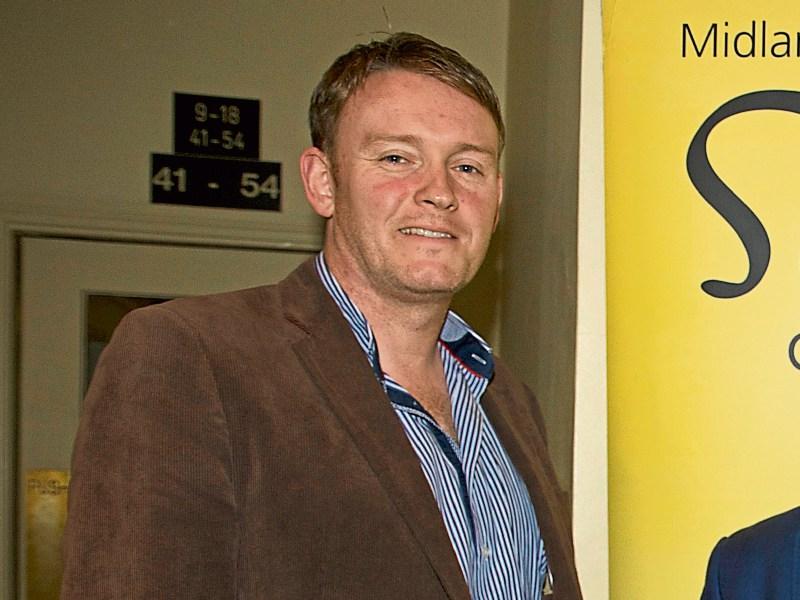 The man charged with wrestling back the seat Fine Gael lost in Longford almost a year and a half ago believes party delegates made the “right choice” in putting his name forward at last week's selection convention.

Cllr Micheál Carrigy did what he, and many political experts, had been predicting for the past nine months as his promulgation to the party's general election ticket  was confirmed   in front of a heavily thronged Longford Arms Hotel.

That nervy and at times, tense, political face off turned into more of a procession of sorts when the margin of  his 66 vote victory over Cllr Paul Ross was confirmed by chair and government Chief Whip Regina Doherty, TD.

Now, and with the welcoming cushion of a weekend to gather his thoughts, the father of three has set his sights on cementing his new found mandate between now and the next election.

“The campaign recommences from today,” were his exact words some 72 hours after his electoral triumph was disclosed.

“There is a lot of work to be done in Longford.

“But I am confident of doing that work to maintain and improve our services  so that the Fine Gael party reclaims the seat it lost while at the same time   improving our county and county town.”

Longford County Council's Fine Gael group leader was likewise at pains to illustrate  some of the issues that would be contained in his own political manifesto.

And perhaps not surprisingly job creation was near the top of that list.

“As a director of Ledco (Longford Enterprise Development Company) one of the projects I am currently working on is the creation of a digital hub.

“I am quite confident that that will lead to jobs.”

Cllr Carrigy was just as vocal over plans to underpin services at both St Christopher's and St Joseph's Care Centre as well as  securing capital funding for the extension of the N4 motorway.

Citing  his own  “proven track record”, Cllr Carrigy said those targets  remain very much within reach.

“My track record speaks for itself,” he insisted.

“I am a quality candidate and the fact I have been appointed to various positions within the GAA at senior level refelcts the confidence people have in my ability.”

If Cllr Carrigy was still bubbling with enthusiasm following the events of last Friday, his rival for the Fine Gael nomination, Cllr Paul Ross, was anything but.

The 40-year-old Legan councillor, despite  struggling to hide his disappointment, said he had no desire to undertake any lengthy political postmortem.

“Sometimes in politics you don't always get what you want,” he confessed.

“Micheál's greater experience, I feel, stood to him.”

“Absolutely not,” came the abrupt response.

“We (party) will all now support the successful candidate and I feel the party will actually only get stronger as a result of this process.”