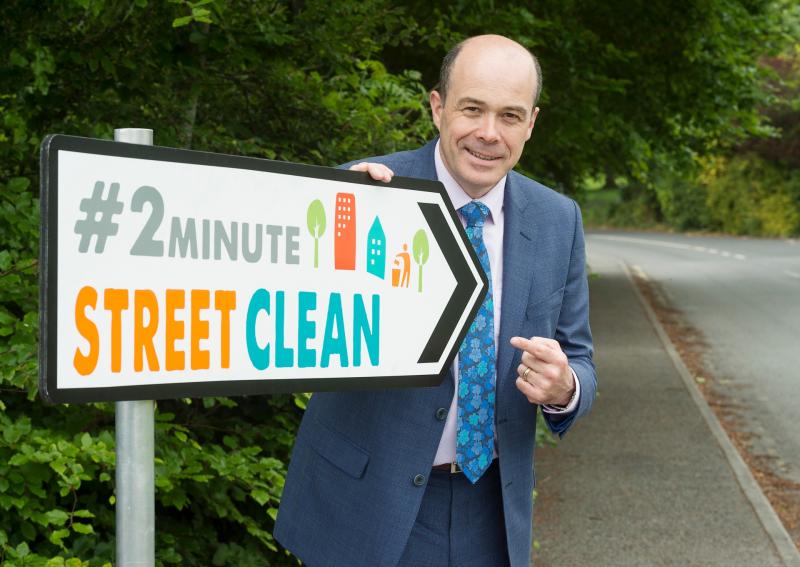 Minister for Communications, Climate Action and Environment Denis Naughten and Chairperson for the campaign Michael John O’Mahony, this week celebrated the success of the National Spring Clean 2017 campaign and praised Longford volunteers for their input.

The National Spring Clean, run by An Taisce, is firmly established as Ireland’s largest and longest running anti-litter initiative. The campaign has achieved continuous annual growth in volunteers since its foundation in 1998.

In its 19th year, the National Spring Clean sends a positive nationwide message of the collective responsibility we share in tackling our national litter problem. This year the National Spring Clean brought volunteers from all parts of Irish society together, including schools, local authorities, voluntary groups, sport clubs, businesses, and community groups, in local clean-up events.

Given the success of this year’s campaign, Department of Communications, Climate Action and Environment has increased its support for the National Spring Clean. The additional funding will be used to further develop the #2minutestreetclean, a legacy initiative grown from the Spring Clean which encourages people to take two minutes out of their day to clean up the litter they see on their local street, road, park or public place.

Minister for Communications, Climate Action and Environment, Denis Naughten said, "We are delighted with continued success of The National Spring Clean’s annual anti-litter campaign. The campaign’s efforts to promote responsible litter disposal in communities around the country is exemplary, and it delights me to see people of all ages come together to make a positive contribution in the communities in which they live and work.

"We must all continue to take collective responsibility for what is still a serious problem and one which effects our beautiful surroundings – we must all play a role in educating each other not to drop litter in order to change our attitudes and to encourage each other to continue our good habits for the rest of the year."

National Spring Clean, Chairperson, Michael John O’Mahony, commented, "We are delighted with the level of community involvement we have received for the 19th year of National Spring Clean. It is fantastic to see how support for this important anti-litter campaign has increased over the years. We have seen over 5,000 groups taking part all across Ireland. I would like to acknowledge all the communities who have been involved in this year’s campaign and all of the volunteers who give their time to come together and contribute to making Ireland a cleaner place. I would also like to thank Minister Naughten, and his Department, for his continued support.

Finally, it is imperative that we build on this enthusiasm and momentum by encouraging everyone who participated in this year’s campaign to get involved in the #2minutestreetclean. By getting involved in a #2minutestreetclean you’ll be part of a movement of people who are creating a big impact by doing a very small, but significant thing."