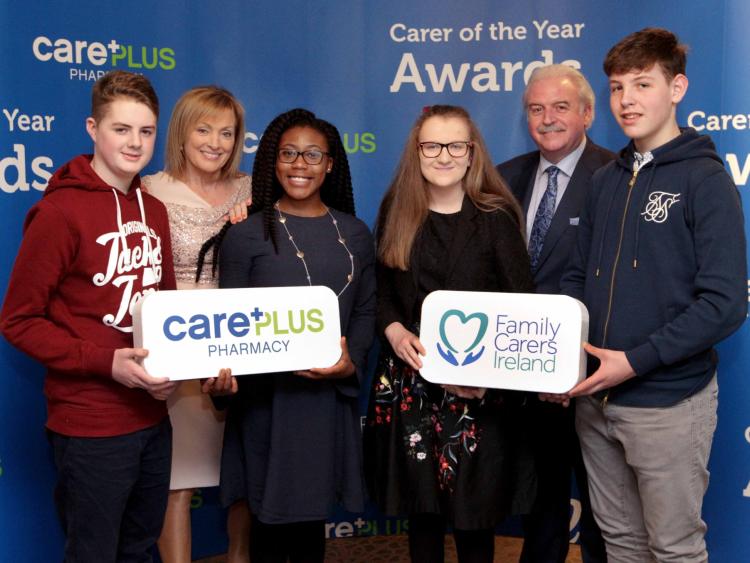 the awards recognise the dedication of Ireland’s invisible workforce. People from across Longford are being urged to put forward nominees who are providing unpaid care to a loved one that has demanding medical or social care needs.

This year, the awards form part of Family Carers Ireland national year long ‘Share the Care’ Campaign. It is hoped the awards will also provide an opportunity for people to self-identify as carers and seek support. At present it is estimated there are over 1,500 family carers in Longford. This figure is expected to show a dramatic increase with the publication of the 2016 Census results due to be published in November.

While it was previously thought that family carers save the state €4billion per year, new figures indicate the saving to be far greater. It is now estimated they are propping up the Irish healthcare system by an extra €6 billion per year in avoided health and social care costs. This means family carers provide an annual saving of €10 billion.*

Catherine Cox, Head of Communication with Family Carers Ireland says, “Family carers help towards alleviating the ongoing problems within our health care system such as bed shortages, over-crowding and long waiting lists. The dedication and sacrifices made to achieve this are often overlooked and not fully understood. The awards offer an opportunity for family carers to be acknowledged in their own right.”

The majority of family carers individually provide 45 hours and over of unpaid care to a loved one each week. The impact financially, socially or in terms of their own physical and mental health can be immense.

Commenting on their sponsorship of the awards, Chief Executive of CarePlus Pharmacy, John Carroll says “As a community pharmacist myself, I have met so many family carers during my career and have always admired their determination and dedication to those they care for. CarePlus Pharmacy is delighted to partner with Family Carers Ireland, a vital life line for the family carer community.”

Once again, the role of young carers, those under the age of 18, will be acknowledged in its own right with a separate awards category. The 2016 awards saw an unprecedented number of nominations for young carers.

At present, it is difficult to calculate the prevalence of young carers but it is anticipated that there are 56,118 young people in the 10-17 year age group providing regular unpaid care. The different caring situations and levels of responsibility taken on by young carers also mean they are not readily identified within the role.

Nomination forms are available in CarePlus Pharmacies nationwide and in Family Carers Ireland nationwide resource centres, the Freephone Careline on 1800 24 07 24 or online atwww.familycarers.ie.

The CarePlus Pharmacy Carer of the Year Awards will be presented in Dublin in November.

Family Carers Ireland is a merged organisation of ‘The Carers Association’ and ‘Caring for Carers’, who provide a range of supports and services for family carers and advocate fairness for carers.