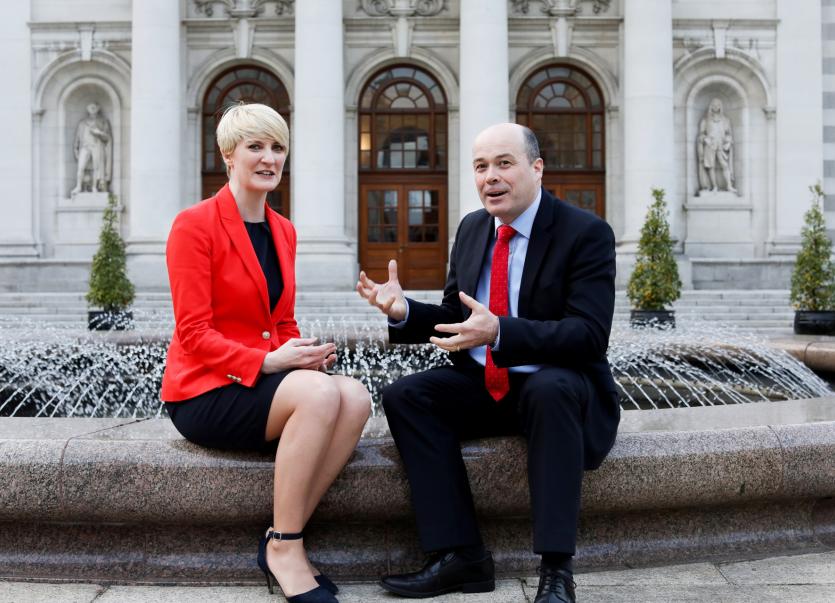 Chief Executive Officer of the Asthma Society of Ireland Averil Power pictured with Minister for the Environment Denis Naughten TD.

The Minister for the Environment Denis Naughten met with the Chief Executive Officer of the Asthma Society of Ireland Averil Power to outline his plans to improve air quality in Ireland. Ireland ranks fourth in the world for the condition of asthma.

“Asthma and COPD (Chronic Obstructive Pulminary Disease) are among the most serious issues for the Irish health service and both are heavily influenced by air quality and other environmental factors.  In Ireland alone four deaths per day can be attributed to air pollution and a cost estimated to be around €2 billion per year,” stated Minister Naughten.

Among the topics discussed between Minister Naughten and Averil Power at their meeting in Government Buildings were:

Minister Naughten also confirmed to Averil Power that within the next six weeks he will:

·         Publish an initial consultation on a Clean Air Strategy for Ireland with a view to developing an ambitious plan in line with EU policy that seeks to protect citizens’ health, and   that fully recognises the inter-linkages between our energy use and the quality of air we breathe