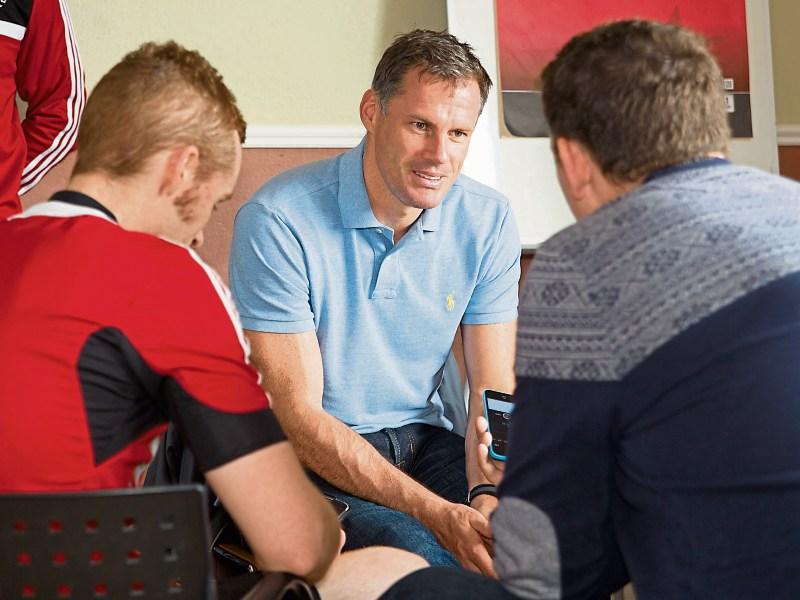 Dromard GAA Club will appeal the decision of the GAA’s Central Hearings Committee (CHC) to fine them €2,000 over a breach of rules governing the use of their property.

From August 22 to 24 of last year, Páirc na nGael in Dromard was the venue for the the ‘Jamie Carragher Soccer School’, organised by local soccer club UCL Harps in conjunction with Carragher and his 23 Foundation.

The former Liverpool star and Sky Sports TV pundit Carragher attended the summer school, posing for photographs and signing autographs for many of the estimated 150 youngsters that took part, while he also participated in interviews with local media.

Yesterday evening, the GAA released a statement, announcing the imposition of the €2,000 penalty on the Longford club for a breach of Rule 5.1 (a), which deals with the use of property owned by or under the control of units of the Association.

The statement read, “An Choiste Bainistíochta (Management Committee) instituted Disciplinary Action against Dromard GAA, An Longfort, alleging a breach of Riail 5. 1 (a) T.O. 2015, which deals with the use of property owned by or under the control of units of the Association.

“Dromard GAA requested a Hearing. At the subsequent Hearing, An Lár Choiste Éisteachta (Central Hearings Committee) noted that the Club admitted the infraction and imposed a fine of €2000.”

Via their Twitter account @DromardGAA, the Dromard club indicated that they will be appealing the CHC decision to the Central Appeals Committee (CAC).

“Following on from the statement released by the Central Hearings Committee, Dromard GAA have decided to exercise their right to appeal the sanction to the CAC. The club will be making no further comment on this matter.”

It is believed the proposed original fine was thought to be €3,000 but it was reduced to €2,000 by the Central Hearings Committee.

Rule 5.1 states that "all property including grounds, clubhouses, halls, dressing-rooms and handball alleys owned or controlled by units of the Association shall be used only for the purpose of, or in connection with, the playing of games controlled by the Association.”

In an interview published in the Longford Leader, Carragher admitted that his visit to Dromard’s GAA facilities, which include an impressive 3G pitch, was his first time to set foot inside a GAA grounds.

On learning that GAA games were being broadcast by his employers Sky, “I’ll have to start watching it then if it’s on Sky Sports.”

And responding to suggestions that he might take up gaelic football at some stage, 38-year-old Carragher replied, “There’s time yet I suppose. A flew of my shots flew over the bar so you never know!”

Clubs with 3G pitch facilities regularly face hire requests from other sports organisations and Dromard are thought to be the first club to have been fined under Rule 5.1.

Dromard argued that the 3G pitch on which the summer school took place is a community resource but as club property it is vested in the GAA.

The club is also said to be unhappy because the rule in question is suspected of being widely disregarded around the country.

The GAA says it cannot police every ground in the country when rule 5.1 is contravened but this ruling against Dromard demonstrates that they will deal with issues when they arise.