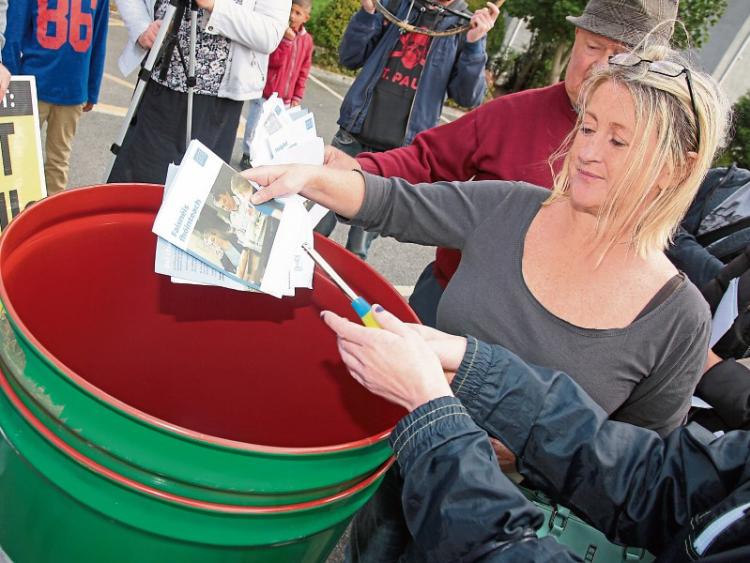 Anti-austerity protestors will take to the streets of Longford later this month in the lead up to the next general election.

Members from Longford Says No To Water Charges, the Right2Water Group and Right2Change community group are joining forces for the January 23 rally.

The event follows on from a 'Burn Your Bill' day held in Longford last September and a water charges protest almost 12 months earlier.

Local organiser, Tena Keown said the occasion will coincide with a raft of demonstrations that are scheduled to be held nationwide.

“This is not just about water charges,” Ms Keown maintained.

“It's more to do with the general austerity that's facing people and their children.”

The local community activist said she hopes to have a number of guest speakers on the day, but vowed to ensure the protest steered clear of political influence.

“I have sent out an open invitation on Facebook and for potential candidates to come along, though I would rather more of the general public got involved,” she stressed.

Ms Keown, who has made no secret of her opposition to water charges, revealed as many as eight letters have been posted through her door, reminding her of the amount she owes.

And she denied the ill-feeling brought about by the Government's decision to reintroduce water charges was beginning to waver in the face of a steadily improving economy.

“I don't think it (water charges) is here to stay because it will be the big issue when the election comes around.

“With what's happened with the flooding recently as well, people are very agitated,” she said.

She too said the January 23 march was not just solely concerned with water charges.

“"Longford deserves better than being neglected by our national government and we are fighting back,” she remarked.