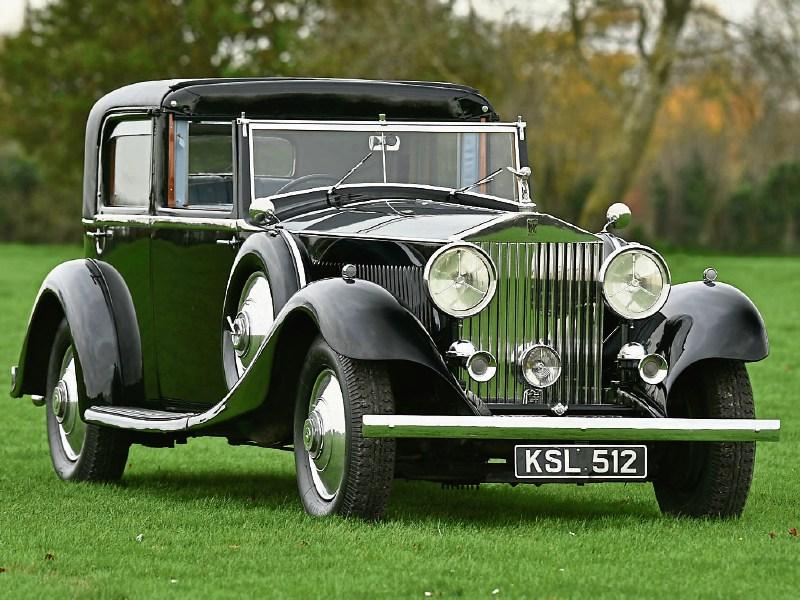 A 1933 Rolls Royce which reportedly belonged to Lady Granard, is being offered for sale for €225,000.

A local historian, who asked not to be named, tipped off the Leader this week over the car's distinguished backgroud.

“I remember seeing her (Lady Granard) as a little boy,” hesaid.

“She used to go every year to the Longford Agricultural Show and half of the produce that was on display used to come from her estate in Newtownforbes.”

Lady Granard, or The Countess of Granard as she was also known, was an American born heiress who married the 8th Earl of Granard, Bernard Forbes in 1909.

The Countess provided much of the financial backing to finish restoring the family's historic Castleforbes residence in Newtownforbes.

According to the vehicle's description on eBay, Lady Granard secured the car from its first registered owner Dorothy Hearn Stubbs, from Dorking in Surrey in 1934.

It's believed Ms Stubbs may have been an employee of Lady Granard, who closed the deal on her behalf.

Given its esteemed history, interest in the British manufactured model is expected to come from a select band of potential suitors.

They were given a brief insight this week into what the best part of half a million euro would give them with the concluding line:

“To sum up, this is an impeccably restored Phantom II continental that runs effortlessly in modern traffic and has been restored to a very high standard.

“It boasts numerous art deco touches and is elegance personified.”

At €225,000, prospective buyers will, no doubt, be keen to ensure it lives up to that billing.