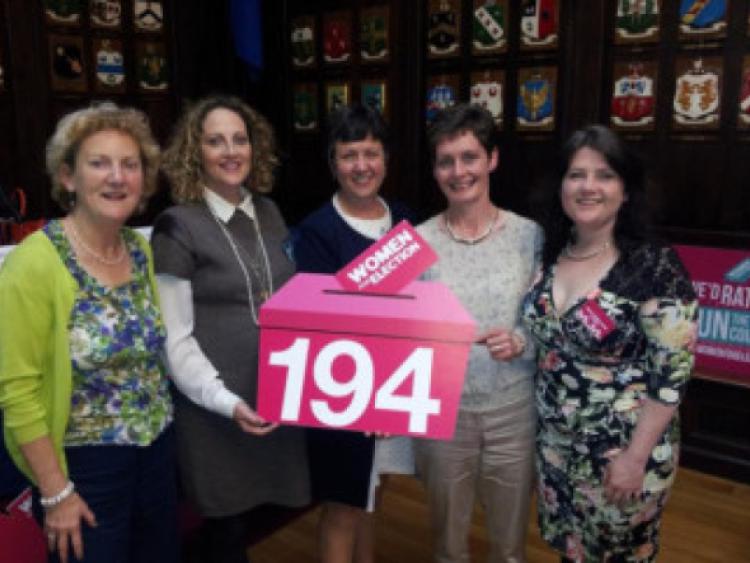 Some of the country’s best known political analysts will speak at an upcoming seminar focussing on the challenges facing female candidates in the forthcoming General Election.

Some of the country’s best known political analysts will speak at an upcoming seminar focussing on the challenges facing female candidates in the forthcoming General Election.

Dr Adrian Kavanagh, Dept of Geography, Maynooth University, Claire McGing 5050 Group and Maynooth University and political analyst Johnny Fallon will be among the speakers at the conference in Longford Women’s Link on January 30, from 10am to 2pm.

The seminar, which is being hosted by Longford Women’s Manifesto Group and the 5050 Group, will take a timely look at how political parties are gearing up for the next General election in light of the gender quota legislation. Under that legislation 30% of party candidates must be female.

While the quotas did not apply in the recent local elections, the seminar will reflect on those elections and will ask what are the challenges facing female candidates at forthcoming selection convention. It will also examine if it is more difficult for women to get selected and elected in rural constituencies.

Also on the day, Longford Leader editor Sheila Reilly will interview Roscommon Councillors, Kathleen Shanagher (Ind) and Maura Hopkins (Fine Gael) and Nora Fahy (Fianna Fáil), candidate for Tuam in an open forum to see what advice former candidates would offer any woman who plans to run in the next general election.

Speaking about the seminar, Noirin Clancy, 5050 Group chairperson said, “I think it’s really important to take a close look at the local elections as preparations start for the general election. While the local elections did result in a small increase in women’s representation, this was mainly in urban constituencies. I do think there is a danger of this pattern being repeated in this election with parties in rural constituencies thinking they’ll get the women in the urban areas so we don’t have to bother too much about it. “

Stephanie Igoe, Chair of Longford Women’s Link said that she felt the event was timely in light of the fact that so many parties are selecting candidates for the next election at the moment.

“We anticipate that political party members will attend this seminar, given that Fianna Fáil have just published their Markievicz Commission report and the recent revealing of Fine Gael’s ‘secret list’ of potential female candidates,” Stephanie explained.

“ They should find it useful to hear of specific challenges to meeting the quotas in rural constituencies and how these might be overcome’.

The event is free and everyone is welcome to attend. Places are limited and early registration is advised. Email: manifesto@longfordwomenslink.org or phone Longford Women’s Link at 043 3341511