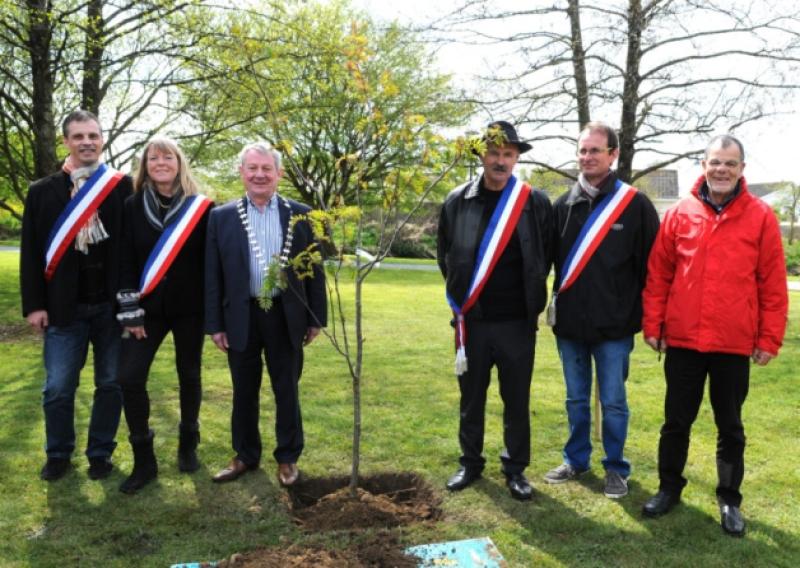 Eighteen years have passed since Longford was twinned with Noyal-Châtillon-sur-Seiche in Brittany, and since then the relationship between the two towns has continued to grow and strengthen.

Eighteen years have passed since Longford was twinned with Noyal-Châtillon-sur-Seiche in Brittany, and since then the relationship between the two towns has continued to grow and strengthen.

Twinned since 1997, the occasion was marked from April 30 to May 3 when a large delegation from the French town visited Longford.

Longford families played host to 33 Bretons, who enjoyed a number of exciting activities, including a guided tour of the town, which included a visit to St Mel’s Cathedral; a tree-planting in the Mall; an Irish evening in Clondra; a trip to Clonmacnoise and shopping in Longford town.

During their visit, the group attended Mass, which was celebrated by Fr Tom Murray in English and French, and they were very impressed by the magnificent organ played by Musical Director Fintan Farrelly, accompanied by soloist Corinne Bushell McCormack.

Following Mass, a civic reception was held at Longford Golf Club, at which Cllr Seamus Butler welcomed the French group to the county and stressed the importance of the twinning over the last 18 years, especially in terms of the opportunities it has given the young people from both towns. Also in attendance was Cllr Peggy Nolan, who welcomed a French group from Landevant, which is twinned with Ballymahon.

In response, the President of the Comité de Jumelage (Twinning Committee at Noyal-Châtillon-sur-Seiche), André Guyomard, thanked the people of Longford for their hospitality and said he looked forward to many more years of twinning success between both locations. Longford French Twinning Co-ordinator,Mary Carleton Reynolds was also delighted with the event.

“This year was a particularly special year for us as it was one of the largest groups that has ever come from Noyal and it was their first visit since the new Longford Municipal District was established.

“We are very appreciative of the way that so many Longford families opened their homes to welcome our French friends.”