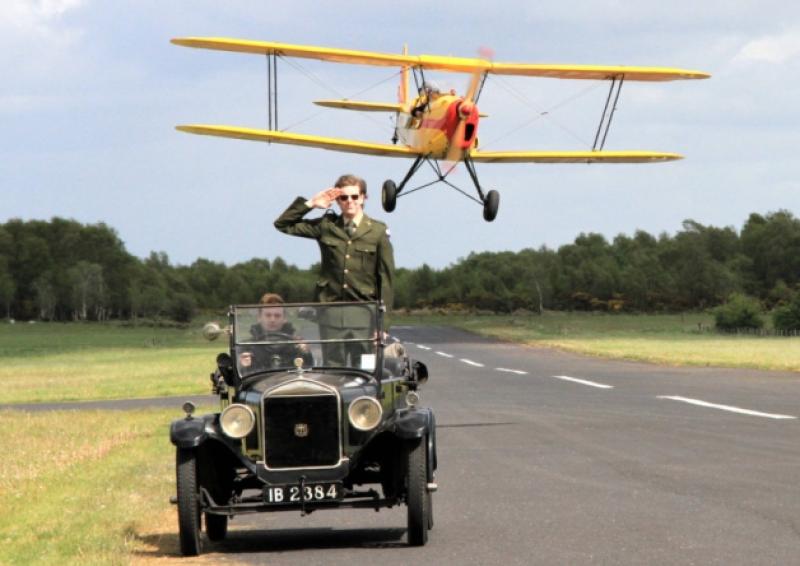 Abbeyshrule Aerodrome is set to host a spectacular blend of aerobatics and family entertainment when the Midlands Flight Fest takes place over the June Bank Holiday weekend.

Abbeyshrule Aerodrome is set to host a spectacular blend of aerobatics and family entertainment when the Midlands Flight Fest takes place over the June Bank Holiday weekend.

Taking place on Saturday, Sunday, and Monday, May 30 - June 1, The Midlands Flight Fest will be the only event of its kind in the region this summer.

“Saturday will be a preview day,” explained Sharon Mangan of the organising committee. “The airfield will be open from 4pm and there will be a static display of the aircraft taking part. Then later that night there will be live music by Brian Brody and Anach, a traditional Irish band from Achill Island, in The Hangar bar.

“Sunday and Monday will be the main airshow days. The displays will start at 2pm and will run right through until 5.30pm.”

Pointing out some of the aviation highlights visitors can expect, Ms Mangan added: “We will have the Breitling Wing-walkers, a Hawker Hunter jet, an XtremeAir Sbach 342 flown by Artur Kielack, a Cap 231 flown by Eddie Goggins, a Rollason Condor flown by Andy Chadwick, a Pitts Special flown by Richard Goodwin, Gerry Humphreys will display his RV7, and a Slingsby flown by William Hillick. Dave Bruton will fly several aircraft during the the show, including a Sukhoi Su-26, a 1947 Stampe SV.4, Bucker Jungmann, and Piper PA-12. We’ll also have Tandem Skydive Ireland, and on Monday, the Irish Coastguard will be there with a Sikorsky S-92 helicopter.”

Ms Mangan also revealed that there will be plenty of other attractions, too.

“We will also have a funfair, trade stalls, a food village, and the Team Xtreme formation flying team from Mullingar Model Aero Club. There will be a barbeque and live music from 7pm on both evenings, featuring performances from Brian Brody and The Aftermath.”

Tickets for the Midlands Flight Fest are available from the airshow’s website at www.midlandsflightfest.ie. A family day pass costs €45, while an adult ticket costs €15, and ticket for a child over 12 years costs €10. Under-12s are free when accompanied by an adult. All prices include a booking fee.