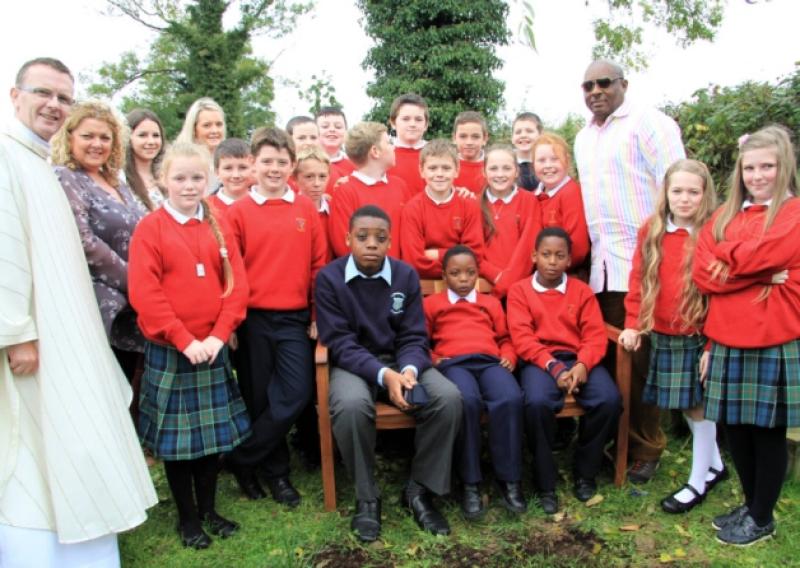 Gaelscoil Longfoirt held a special mass and a memorial service on Friday in a poignant tribute to their past pupil Jessica Jeeti who tragically lost her life on June 28.

Gaelscoil Longfoirt held a special mass and a memorial service on Friday in a poignant tribute to their past pupil Jessica Jeeti who tragically lost her life on June 28.

In attendance were all the pupils of Gaelscoil Longfoirt, teachers, parents and the family and friends of Jessica Jeeti.

School Principal, Yvonne Ní Mhurchú, warmly welcomed Jessica’s father Jim and her siblings Jeoffrey, Jamie and Jack as well as the many family friends from the African community.

Ms Ní Mhurchú talked about Jessica as a beautiful, bright and talented girl who would always be remembered in Gaelscoil Longfoirt. She also thanked the celebrant Fr Brendan O’Sullivan for his support to the school and the community during this period.

The choir of students from Gaelscoil Longfoirt sang hymns to remember their former classmate and friend. The instrumental was provided by the school pupils on the tin whistle which was assisted by Bridie Gobl on the organ.

Jessica’s classmates took part in bringing up mementoes symbolising Jessica’s vibrant personality and contribution to school life in Gaelscoil Longfoirt. From loom bands to art supplies the children remembered Jessica in their own special ways.

The children played a special role in the mass with personal readings and prayers of the faithful. A poem written by Jessica’s former teacher Múinteoir Caitríona was also recited by Jessica’s classmates.

During the sermon, Fr O’Sullivan talked of how Jessica was sadly missed within the community of the school, which was also her family.

He remembered in prayer Jessica’s mother Pat and the other women who tragically lost their lives in the horrific June road collision - Queeneth Esezabor and Fanny Akenbor.

Fr O’Sullivan also spoke about the importance of symbols during the Mass. He agreed that with symbols we no longer need words. Symbols speak directly to our hearts.

The ceremony closed with a blessing of a remembrance bench to be placed in the garden with a commemorative plaque.

The garden in Gaelscoil Longoirt is a place where the pupils connect with nature and so it is apt that Jessica’s memorial bench is placed in the garden.

A beautiful weeping willow tree, donated for the occasion by Brendan Farrell of Ardagh Village Landscapes was planted on Friday last beside the bench in the school garden.

Ms Ní Mhurchú concluded the occasion by thanking the school community for all their support and encouragement throughout the very difficult time for Jessica’s family and the wider family in Gaelscoil Longfoirt.