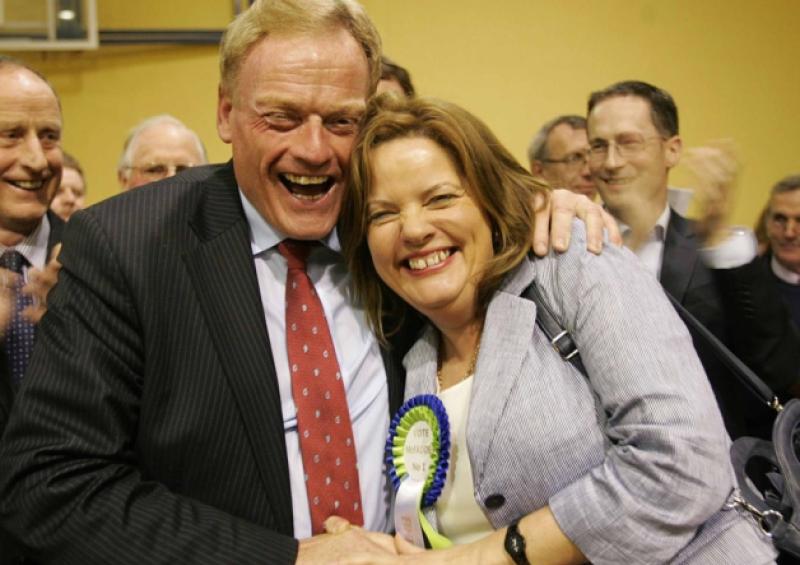 Fine Gael Deputy for Longford/Westmeath, James Bannon, has said a cloud of great sadness hangs over the constituency this evening as he expressed his sadness at the passing of his colleague, Fine Gael TD Nicky McFadden.

Fine Gael Deputy for Longford/Westmeath, James Bannon, has said a cloud of great sadness hangs over the constituency this evening as he expressed his sadness at the passing of his colleague, Fine Gael TD Nicky McFadden.

Deputy Bannon said, “It is with deep regret and huge sadness that I learnt of the death of my friend and constituency colleague, Nicky McFadden TD. She was a political figure of great integrity and courage.

“She contributed much to community life and was universally respected in the Longford/Westmeath constituency. Indeed a cloud of great sadness hangs over the constituency.

“Nicky has passed away at a young age after an illness bravely borne. To those of us who knew her well, we will remember her for her passion for politics and her genuine interest in people. Her illness has taught us a lot about the worth of our health.

“Her gentle demeanour and hard work were the attributes that endeared her to the hearts of the people of Longford/Westmeath. My thoughts are with her children, Caren and Eoin, her sisters and her extended family.” Meanwhile, Westmeath/Longford Labour TD Willie Penrose also expressed sympathy with the family of the late Nicky McFadden.

“She was a tremendous colleague and was great to work with. She had a very endearing, compassionate and warm personality.

“I served with both Nicky and her late father. Nicky was a proud Athlone woman, and the McFadden family were steeped in political life in Athlone. I know her sister Gabrielle as a local Councillor.

“Nicky was a great person to take up an issue, she worked hard and diligently and had a great social conscience. Her word was her bond, and realised that by working together, you could achieve a lot more. She gave many years public service, and epitomised everything that is good about public service.

“Even in the early stages of her illness, she was stoic and carried on in her work very bravely, and was an inspiration to many people. She has been struck down at a young age by her illness.

“She was an energetic fundraiser for motor neuron disease, and recruited many TDs and Senators to take part in a fashion show to raise funds.

“There is a great sense of loss in Dáil Éireann today across the political spectrum at the passing of one of our esteemed colleagues. She had great friendships across the floor of the Dáil, and was highly respected.

“To her children Caren and Eoin, her close family and relations - on behalf of my family and of the Labour Party in Longford/Westmeath, I offer my deepest condolences.”