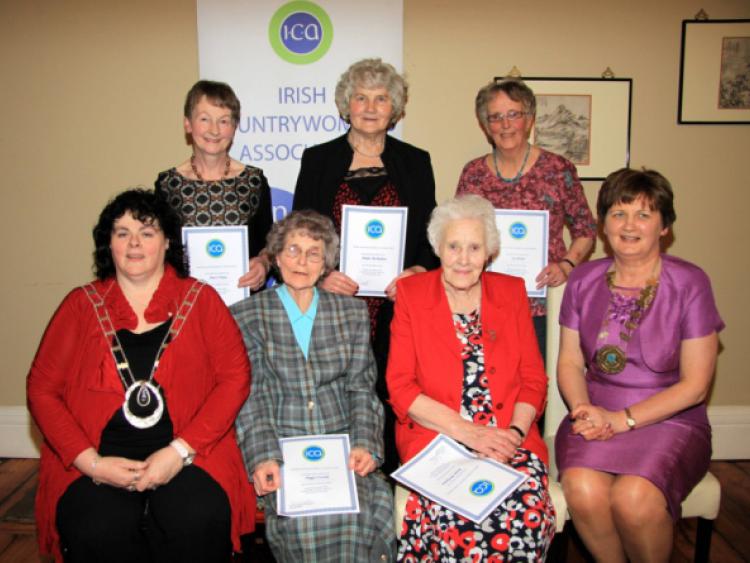 While Little Christmas is traditionally a day for the women to relax while the men take care of the work, the day held a greater significance for the women of the Longford Federation, as they celebrated the 75th anniversary of the organisation in the county.

Speaking to the Leader before the event, Federation President May Campbell gave a brief explanation of how the ICA came to Longford.

“In 1939 Alice MacEoin invited some of her women neighbours to her home at Garvagh, Ballinalee, with a view to forming a branch of ICA in the area and the first in Longford.”

Over the years, the ICA has grown and changed with the times, and this was made very clear by a recollection by a very early member of the Longford Federation, who joined the Lenamore Guild in the early 1950s.

“There were between 30 and 40 members in the Kilglass Parish Hall - a corrugated iron structure with interior timber-lined walls and ceilings. Dedicated honorary secretaries arrived 15 to 20 minutes before starting time to “open up” and cope with temperamental tilly lamps and oil stoves.”

The local lady went on to say that the ICA was a negotiating agency for VEC adult education classes in cookery, dressmaking and carpentry, which were availed of widely.

“Very importantly, women learned through the ICA handbooks (still available today) and from talks and training courses how to elect guild officers and how to conduct meetings in a business-like way when decisions made and recorded could be upheld at future dates”.

The ICA has come a long way since then, but the sense of friendship and camaraderie and the learning opportunities remain the same to this day. Contrary to the stereotype, the ICA is not just an organisation for older ladies. In fact, Longford members across the 14 guilds greatly vary in age, and come from all walks of life.

To celebrate the milestone anniversary of this successful organisation, the ladies of the ICA descended on the Rugby Club for a fun evening of music and dancing to mark this very special anniversary.