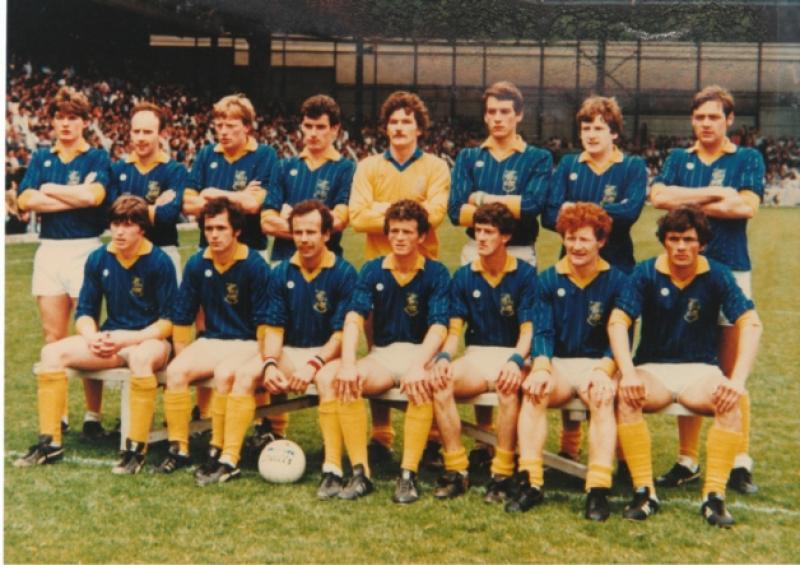 “An honest and extraordinary gentleman. His life and passion was Civil Defence. He was an exceptionally talented footballer and a loyal servant of both club and county.”

“An honest and extraordinary gentleman. His life and passion was Civil Defence. He was an exceptionally talented footballer and a loyal servant of both club and county.”

These are just some of the many warm tributes that have been paid to the late John Martin, Teffia Park, Longford town, who passed to his eternal reward on Wednesday, June 11 following a brave battle against illness.

Fifty-seven years old John was well known throughout the county for his involvement with Longford Civil Defence, a passion that saw him follow in the footsteps of his late father Jim.

An accomplished and versatile gaelic footballer, John won four Longford senior football championship medals with his club Longford Slashers in 1980, ‘89, ‘90 & ‘91 and he also would have won every honour at underage level with Slashers.

He was goalkeeper for the 1980 county final victory (1-7 to 1-5) over Cashel and demonstrating his versatility and skill, he operated outfield, between midfield and the half forward division, for the three-in-a-row triumphs over Mostrim (‘89 & ‘91) and Ardagh (‘90), the only time that Slashers achieved that feat.

He was a member of the Longford minor football side that qualified for the 1974 Leinster Final, only to be defeated by Wicklow on a scoreline of 5-6 to 1-9 at Croke Park. And from 1981 to 1985 inclusive, John was goalkeeper on the Longford senior side.

Longford’s most significant Leinster Championship scalp during that spell came in 1982 when they defeated Meath by 0-12 to 0-11 in a first round tie, while two years later, against an Offaly side managed by Eugene McGee, they suffered an unlucky 3-10 to 3-15 replay reversal at Croke Park. Poignantly, both full backs from those clashes in ‘84 - Longford’s Kevin Hughes and Offaly’s Liam O’Connor - are also sadly no longer with us.

On Sunday, October 27, 1985, Longford enjoyed a rare and famous 3-8 to 1-11 National Football League Division 2 win over Dublin at Croke Park. John was wearing the number one jersey that day and the report in the ‘Longford Leader’ of that week hailed him as ‘one of many stars of this memorable occasion’.

Secretary of Longford Slashers GAA Club from 1982 to 1988, Pat Chapman, said the late John was a loyal servant of the club and that he was the most honest and gentlemanly player he ever came across and had the pleasure of dealing with.

“You never had to persuade John about going to training or matches. He was so willing to give of his time. He was an extraordinary gentleman on and off the pitch and on behalf of the club I extend sympathy to his family on their sad loss,” revealed Mr Chapman.

“John was a proper gentleman and a very good footballer. He played for Longford when I was a selector and when John Murphy was manager. He was just a thorough gentleman.

“John was very good to the Civil Defence and to Glennon Brothers Pearse Park. Indeed, he was head of our first aid Civil Defence ambulance service who provide such a vital service to us here at Pearse Park on all match days.”

As a mark of respect to John, a minute’s silence was observed prior to the throw-in of last night’s Leinster Junior Football Championship semi-final match at Glennon Brothers Pearse Park where Longford defeated Meath.

Mr Gilmore added, “I played against John when I was full-forward for Cashel (intermediate) and he was full-back for Slashers. And that wasn’t today or yesterday let me tell you!”

Funeral mass takes place on Friday at 10.30am followed by removal to Mount Jerome Crematorium, Harold’s Cross, Dublin for cremation at 3pm.