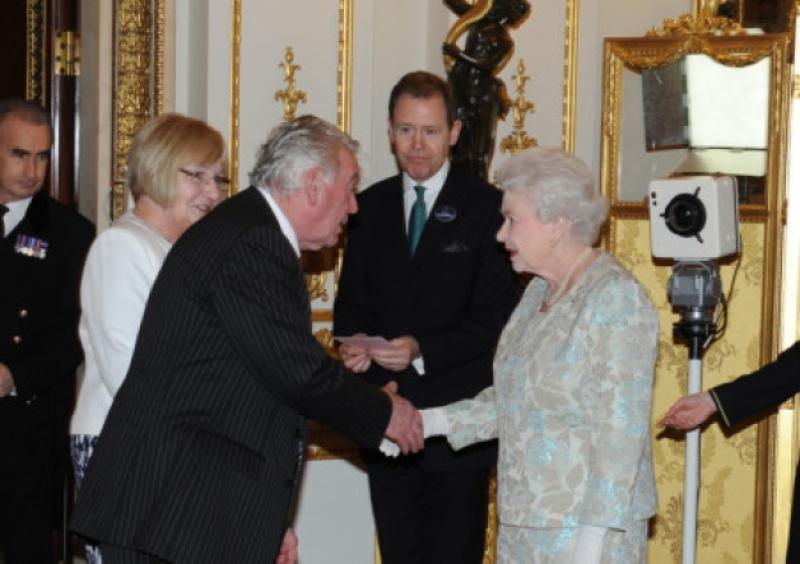 Pat Fitzgerald, President of the Irish Rugby Football Union (IRFU) and Grand Marshal for the Longford St Patrick’s Day Parade; Paddy Cowan, proprietor of the Irish World Newspaper; Colum Moloney from Brent Irish Advisory Service (BIAS) and former Mayor of the London Borough of Brent were present for the special reception to recognise the contribution of the Irish to life in Britain.

Longford photographer Malcolm McNally was also on duty, diligently capturing historic images for The Irish Post and of course, The Longford Leader.

Over three hundred people attended the reception ahead of the State visit to Britain by President Michael D Higgins.

Irish Ambassador Dan Mulhall, who was guest of honour at the recent 59th Longford Association in London dinner dance, said the Buckingham Palace reception was a huge occasion for the Irish community in Britain.

“The invited guests have made a huge contribution to Britain, to Ireland and to British-Irish relations and this is a great recognition of the contribution they have made by Her Majesty in hosting this event,” remarked Mr Mulhall.