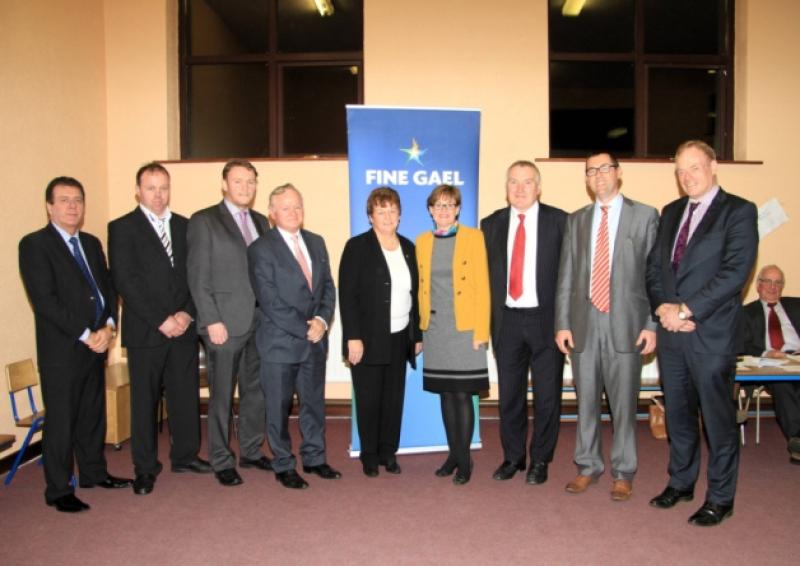 A number of well-known councillors lost out on the Fine Gael nomination for the 2014 Local Elections in the Granard Electoral Area this week.

A number of well-known councillors lost out on the Fine Gael nomination for the 2014 Local Elections in the Granard Electoral Area this week.

At the FG Convention on Sunday night sitting Councillor Michael Carrigy and newcomer, Padraig Brady - son of Cllr Gerry Brady who is retiring from the local politics in June - both emerged victorious while Cllr John Duffy and Cllr Frank Kilbride both lost out.

Six candidates including Maura Kilbride Harkin and Frank Kiernan from Killoe also put themselves forward for what was initially thought to be a four seater contest, however during the convention candidates were informed that just two would be selected on the night, and that one or “possibly two” would be chosen afterwards by the Fine Gael Executive Council. The convention was chaired by MEP Jim Higgins and attended by MEP Mairéad McGuinness.

Meanwhile, Cllr Carrigy said that he was “happy” with his election. “I expected that three candidates would have been chosen on convention night and then maybe one add on after that,” he said. adding “I’m happy anyway”. “I got good support and I am relieved, but the reality is that there were six very strong candidates in the running.”

Padraig Brady, who is “delighted”, said he would not be making false promises to anyone during his upcoming election campaign.

“I won’t be making any false promises and I will do whatever I can for anyone who wants me,” he concluded.

Speaking afterwards , regional organiser Daragh Kelly said there was now an expectation that a further selection process would begin, however he was unable to say when exactly the results would be made known.

“One or maybe two candidates will be elected by council,” he confirmed.

With speculation mounting in the aftermath of the surprise convention, Mr Kelly also indicated that it was “highly unlikely” that the party would reverse Sunday’s selections adding that they was focused on achieving the “best possible result for FG in Longford”.