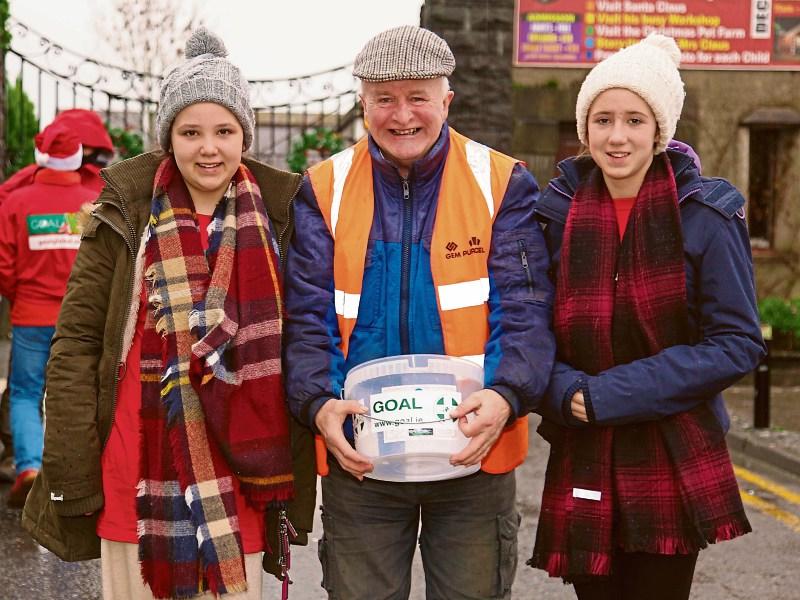 The weather for this year's GOAL Mile on Christmas morning was the worst since the event was first run over 20 years ago.

The rain was heavy, persistent and a bitterly cold, driving wind added to the misery. The few hardy souls who had gathered quietly questioned their sanity while blowing on numb fingers.

Miraculously, just before noon, the doors from fogged up cars opened and a wave of determined, festively dressed participants flooded out.

The speech from the local GOALie was a record 22 seconds and on the stroke of noon, an unexpected large crowd headed off around the streets of a wet, sodden Longford town led by a Garda car, blue lights flashing.

A little over four minutes later, the hi vis tops of the first runners were reflecting in the puddles of Bridge Street. The certs were hastily handed out but almost instantly became sponge like. Envelopes and notes were placed in the GOAL collection bucket and after some handshakes, festive greetings and a quick smile, the crowds melted away to the relative warmth of the still fogged up cars.

Well before 12.30, the area around Connolly Barracks, was completely deserted, the last car squelching through the rain water. But an incredible €3,695 and 15 dollars had been donated to GOAL to help those less fortunate than ourselves in places like South Sudan, Ethiopia and Syria.

Once again, the people of Longford had shown their fabulous generosity towards GOAL and on one of the most miserable, wet days of the year too.

A sincere and humble thank you to all who supported in any way and a special word of thanks to Shelley Corcoran, Longford Leader, Shannonside and the Gardaí.

Same place, same day, same time next year, no matter what the weather.