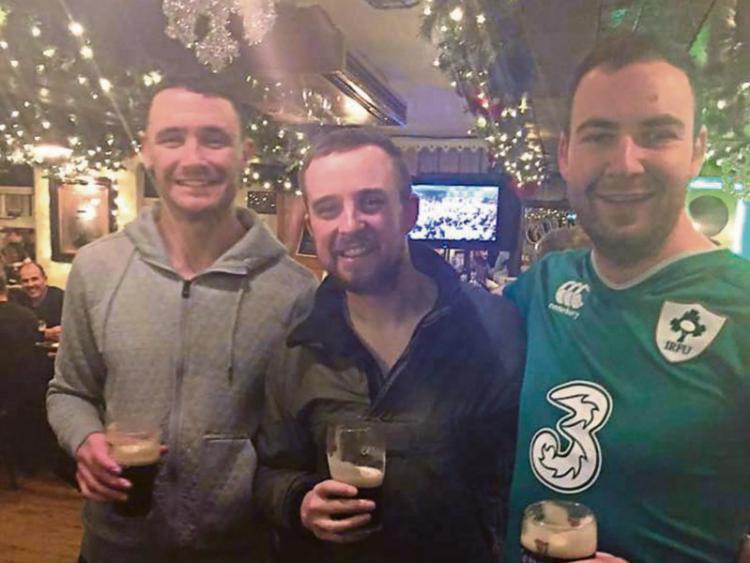 Twenty-seven-year-old Brian, from Crenagh, along with two of his Irish Defence Forces colleagues - Ronan Guerin (24) & Martin McDowell (29) from Swords - battled rain, ice and high winds to complete their challenge in 45 hours and 17 minutes, almost three hours ahead of their 48 hour target.

They began their gruelling challenge after midnight on Monday, December 28 from the village of Clonegal in Co Carlow and their journey ended at 9:17pm on Tuesday, December 29 at the entrance to Marley Park.

A fourth member of the team - Jamie Martin (25) from Dundalk - had to pull out after about 18 hours after he sustained a stress fracture on his foot.

He added, “We have a few small injuries, luckily with nothing major other than some blisters and tired feet.”

Brian, along with Ronan and Martin, were overwhelmed to see the crowd that came out to support them at the finish line.

“It was really tough towards the end but hearing our friends and family were waiting in the stormy weather at the finish line really spurred us on,” reflected Brian.

He said that after Jamie’s injury they took an unscheduled break as the storm was making it impossible for them to carry on.

“Myself, Martin and Ronan got back out at 6am on day two and carried on. It was brutal at some points but we had to stick with it. We are really pleased with the timing we made considering the unscheduled break, and we enjoyed celebrating afterwards with our families,” explained Brian.

The team have managed to raise over €4,000 so far for Pieta House, and they would like to thank all those involved and anyone that has donated to date.

Brian said it was fitting they completed the challenge at the darkest time of year, not to mention the coldest. “We hope that this will mirror some of the hardship that people experience through the suicide of a loved one.”

Anyone still wishing to donate can do so at: www.mycharity.ie/event/127k_