Town beats off 40 other rivals to claim top spot 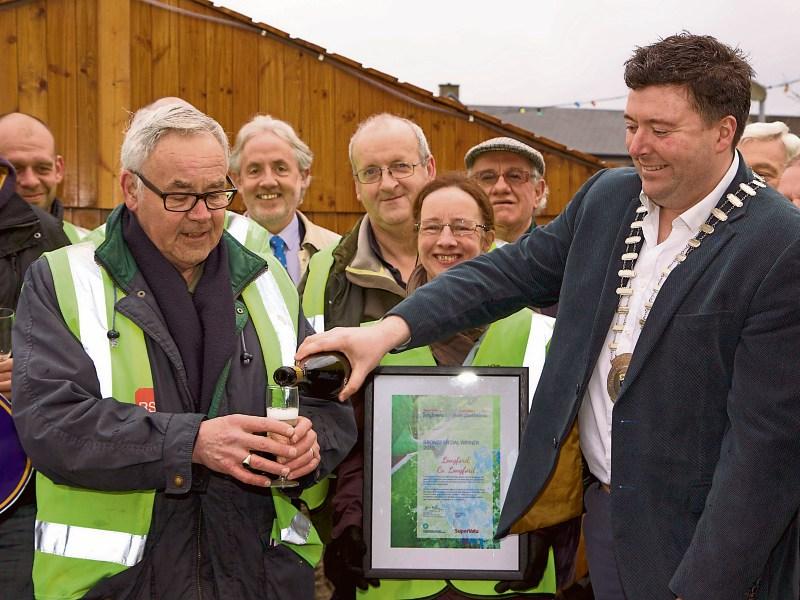 It's official-Longford is the cleanest town in Ireland.

The town fought off competition from the likes of Drogheda, Dún Laoghaire, Dungarvan and Kilkenny for the number one title following a survey of 40 towns across the country.

The announcement was made on Monday at the 2015 Irish Business Against Litter (IBAL) finals in Dublin.

According to the competition's surveyors, An Taisce, it was the unerring way in which many of Longford's major routeways were displayed that eventually won.

Among the areas that particularly caught the eye of judges were New Street and St Mel's College.

“The sites in Longford were not just clear of litter but many were also superbly presented and maintained,

“The approach roads to the town were impeccable and the recycle facility was very fresh with clean recycle bins – this attention to detail is what sets Longford and other top ranking towns apart.”

Tidy Towns Chairman, Andy O'Dowd, said the award was due recognition for many years of painstaking and often unnoticed effort.

“It's a very good result,” he said, stating also that the announcement had taken him somewhat by surprise.

“I wasn't expecting that we would be top, but it's a great achievement,” he added.

Mr O'Dowd, who expressed his disappointment at not being invited to Monday's awards ceremony, paid tribute to his fellow Tidy Towns officials and local volunteers.

“I want to thank all of my volunteers, Tús (workers) and various voluntary personnel who helped out and provided use of their cars, vans and trailers,” he said.

That said, the long serving Tidy Towns Chairman admitted he was still trying to pinpoint what brought about Monday's announcement.

“It's a huge achievement. I suppose we just done things better than previous years.”

Meanwhile, Cathaoirleach of Longford County Council, Cllr Gerry Warnock said the achievement was a great way in which to kick off 2016.

And to mark the occasion, he revealed plans were already afoot to host a mayoral reception together with Longford Municipal Cathaoirleach, Cllr Seamus Butler.

“It's an absolutely brilliant achievement considering that 14 years ago Longford town was named as the dirtiest town in Ireland,” Cllr Warnock continued.

“It's an absolute credit to Longford Tidy Towns, to its committee and volunteers.

“But this is an absolutely tremendous achievement for Andy O'Dowd as he has lived and dreamed of this day.”

“All of this came from a very low base around 15 years ago and it highlights the great work that has been done by community groups, in particular the Tidy Town's, Andy O'Dowd and elected members in committing resources to areas such as street sweeping,” he said.

As a consequence of Monday's announcement, IBAL has confirmed it intends enlisting the services of a “foremost artist” to create a prominent public sculpture in the town over the coming months.