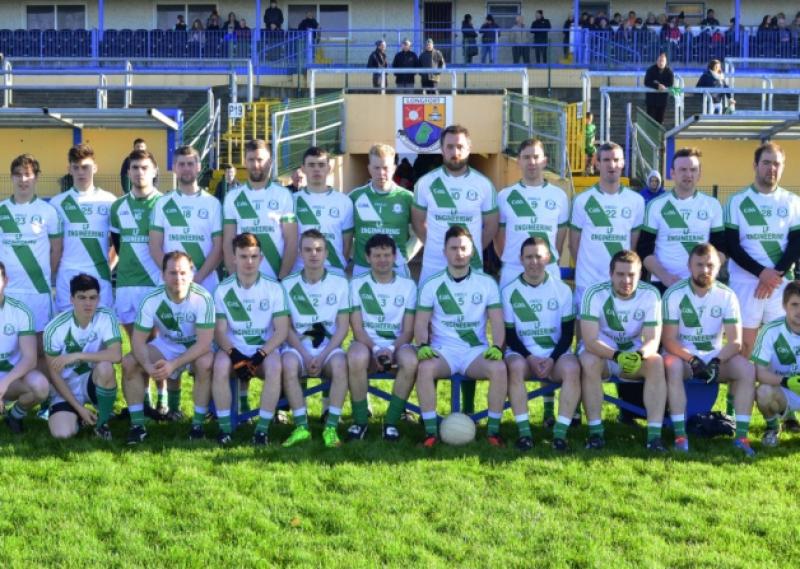 Sunday next is a very big occasion for St Brigid’s Killashee who are in action against Curraha (Meath) in the Leinster Club Junior Football Championship Final at Glennon Brothers Pearse Park, throw-in 2pm.

Sunday next is a very big occasion for St Brigid’s Killashee who are in action against Curraha (Meath) in the Leinster Club Junior Football Championship Final at Glennon Brothers Pearse Park, throw-in 2pm.

Killashee will be hoping to create another piece of GAA history by becoming the first male football team from the county to win a Leinster club title with a place in the All-Ireland junior championship semi-final also at stake.

Right throughout the exciting provincial campaign defiant St Brigid’s have refused to settle for second best in finding that extra energy to overcome Amsterdam Gaels over in Maastricht; St Finbarr’s (Louth) and Milltown (Westmeath) and are going for gold in the title decider against the Meath junior champions. (Special preview on pages 92, 93, 94 & 95).

Johnny Casey, a key member of the Killashee team, was nominated for the Longford GAA Intermediate Championship Player of the Year but the award went to Shane Kenny (Rathcline) at the presentation function in the Arms Hotel on Saturday night last. County U-21 footballer Kenny played a major role in a successful season for Rathcline, winners of the 2015 Intermediate championship title and who beat St Brigid’s in the county final.

The top award, Senior Football Championship Player of the Year, was won by Killoe and Longford star Michael Quinn who brought great honour to his club and county when he lined-out with distinction for Ireland against Australia in the recent International Rules test match at Croke Park.

Quinn was most impressive in this year’s championship for Emmet Og, winners of back-to-back SFC county titles for the first time in the history of the club, and no less than eight Killoe players were selected on the 2015 Team of the Championship which is a clear reflection of the dominance they have enjoyed.

It was also a great night for Abbeylara, the 2015 senior championship beaten finalists, as four of their players were selected on the Team of the Championship - notably Colm P Smyth (right-half-back), Fergal Battrim (left-half-back), Conor Berry (centre-half-forward) and Robbie Smyth (right-corner-forward).

Completing this year’s Team of the Championship are Dromard duo Diarmuid Masterson (midfield) and Paul McGee (left-corner-back) along with left-corner-forward Joe O’Brien (Clonguish).

The joint winners of the Hall of Fame Award were Jimmy Fox (Sean Connolly’s) and Tom McLoughlin (Mostrim), both of whom have devoted a large part of their life to Longford GAA in the role of referees and county board officers with great dedication down through the years.