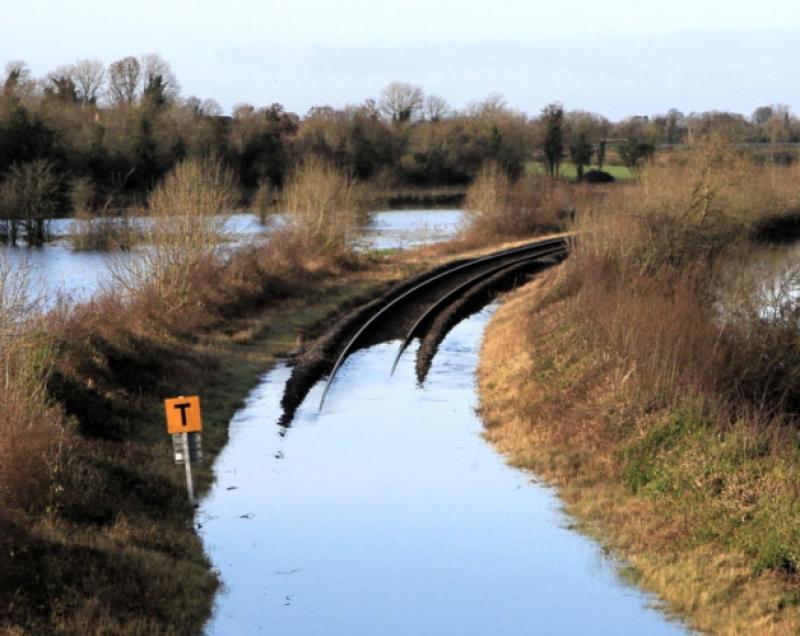 Storm Desmond may have passed but County Longford is still dealing with the aftermath.

Storm Desmond may have passed but County Longford is still dealing with the aftermath.

The railway line between Dublin and Sligo remains flooded between Longford town and Carrick-on-Shannon, with bus transfers in operation between the two stations. Iarnrod Éireann is advising passengers to expect delays of approximately 40 minutes to services, and on Twitter this morning the railway operator told customers it cannot yet confirm when the line will re-open.

Meanwhile, Longford County Council’s maintenance staff were called out to deal with localised flooding at several locations throughout the county. AA Roadwatch are reporting that numerous roads around the county are still affected, including many near Longford town: the Strokestown Road near Michael Neary Park, the Willow Park Road, the Clonterm Road, and the Ardagh Road at the Black Bridge.

A crew has also been despatched to the Mall Sports and Leisure Complex in Longford town to tackle flooding at the main building, which houses the swimming pool, gym, and multi-purpose sports area. Access to the adjacent park is also restricted due to the River Camlin bursting its banks.

A Met Éireann status yellow storm warning remains in effect nationwide, with a spell of heavy and persistent rain moving across the country this afternoon accompanied by strong and gusty south-east to south winds.