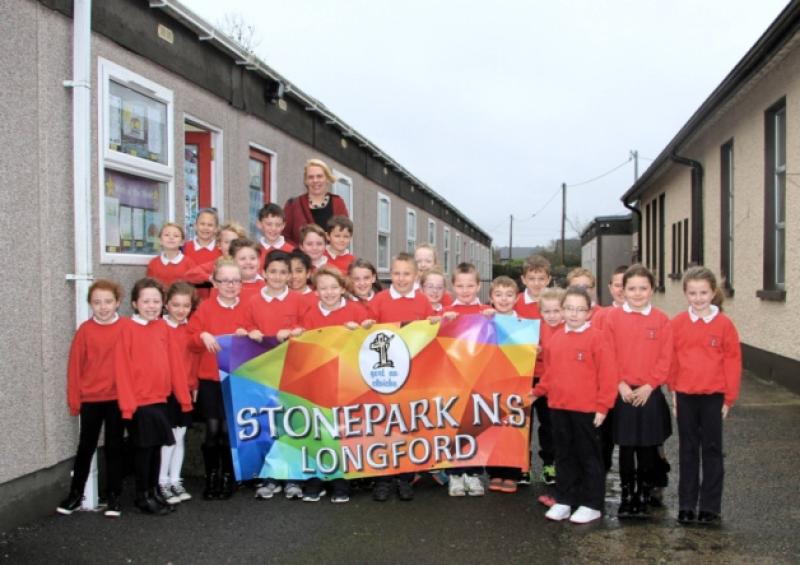 “It is a brilliant day for our school. I said to the children today, it feel likes Christmas morning,” those were the words of a delighted Meriel McCord, Acting Principal of Stonepark NS, who had just heard that funding had been granted for major works on the school.

“It is a brilliant day for our school. I said to the children today, it feel likes Christmas morning,” those were the words of a delighted Meriel McCord, Acting Principal of Stonepark NS, who had just heard that funding had been granted for major works on the school.

Funding for the works was announced yesterday by the Education Minister as part of a multi-million euro school building programme.

The programme sets out over 310 individual major school building projects, which will proceed to construction between 2016 and 2021.

“This funding will facilitate the provision of more school places in Longford and this significant investment will also support direct and indirect jobs in Longford.”

Deputy Bannon said he spoke with the Education Minister last week and received assurances that the school would secure funding in this upcoming allocation.

Deputy Robert Troy (FF) said he visited the school recently and described conditions there as “appalling”.

“This problem is about the length of time the school is waiting for approved works to be carried out,” Deputy Troy told the Leader.

“This is about a replacement school; at the moment the majority of classes are being taken in prefabs; I saw the conditions that everyone at the school is working in recently, and it is just not good enough.”

Deputy Willie Penrose told the Longford Leader that “not only will the improvements to school buildings benefit local pupils by ensuring they are educated in modern surroundings, but it will also benefit the local construction industry”.

Acting Principal Meriel McCord acknowledged the work of Deputies Bannon, Troy and Willie Penrose in putting forward the school’s case and she also thanked the Minister.

“I want to thank Minister Jan O’Sullivan for listening, hearing and delivering and I also want to acknowledge the people who have gone before us here - Eamon Brennan and Micheal O’Sullivan,” Ms McCord added before acknowledging the work of the staff and children at the school.