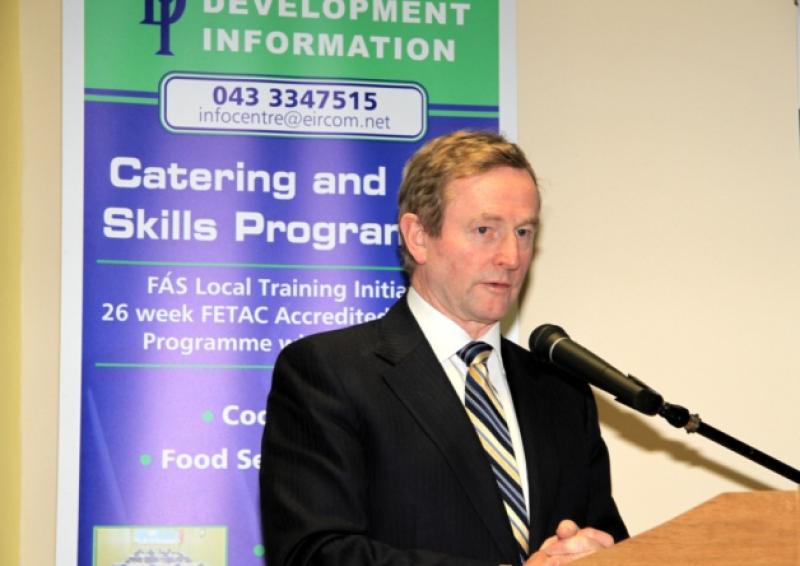 Taoiseach Enda Kenny has arrived in Kenagh to congratulate Cllr Gabrielle McFadden on her performance in the Longford/Westmeath by-election.

Taoiseach Enda Kenny has arrived in Kenagh to congratulate Cllr Gabrielle McFadden on her performance in the Longford/Westmeath by-election.

“This is a good day for Fine Gael but it is also a day tinged with nostalgia and sadness,” he added, standing next to Cllr McFadden. “This is a sign of the trust placed in Gab by the people of this constituency and I know that she will serve the people of Longford/Westmeath very well.”

When pressed on the surge in Sinn Féin support across the country and the difficulties faced by his coalition partners tonight, the Taoiseach conceded to the fact that it had not been a good day for the Labour Party. “It’s been a good day and a bad day,” the Taoiseach added. “Elections are about people and Fine Gael has lost a substantial amount of seats across the country, but the reality is that people are sending a very clear message to government. It’s a very sad day for the Labour Party and it will be up to Sinn Féin to serve the people that elected its candidates.”

And with regards to the proposed cabinet reshuffle, the Taoiseach added, “there will be a cabinet reshuffle and when I reflect on the results of today, I will decide what we need to do then”.