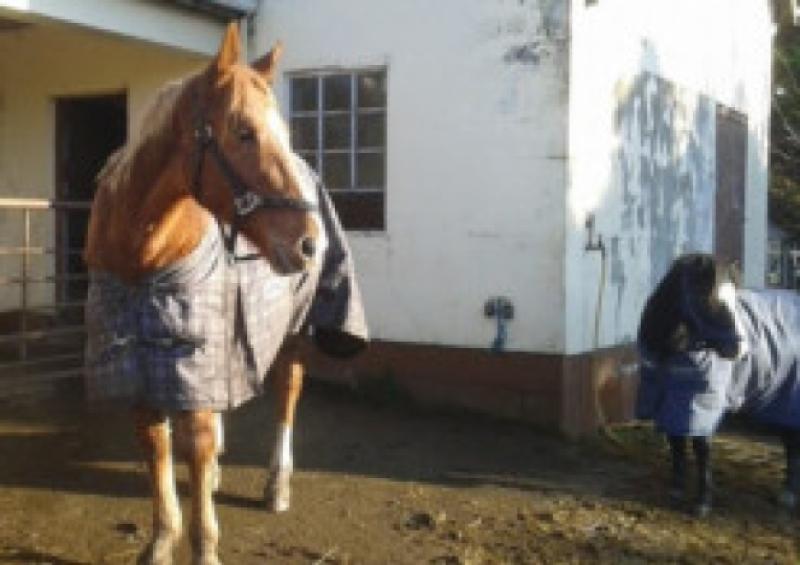 So 2015 has come in with quite the bang, wrote Hungry Horse Outside in a post on their Facebook page on January 10.

So 2015 has come in with quite the bang, wrote Hungry Horse Outside in a post on their Facebook page on January 10.

Highlighting just one of the difficult situations that the team have had to face, the post continued to explain that “14 ponies, foals and donkeys have come into our care in the past week. All with similar stories, all abandoned, all thin, worm burdened, crawling with lice.” It was also revealed that 16 more animals were waiting to be brought into the charity.

Sadly, five of the 14 brought in that week had to be put to sleep, and it was feared that the same fate would befall some of the 16 other animals, though it’s not a decision that the organisation take lightly.

“That’s only this week,” said Hilary Robinson, co-founder of Hungry Horse Outside. “I don’t know what’s going to happen next week, the week after...”

It’s a heartbreaking start to the year for the local charity in what is already a trying time.

One of the yards used by Hungry Horse Outside is in danger of being lost, and Hilary admitted that the situation is “very, very worrying.”

The five yards occupied by Hungry Horse Outside are already full, as Hilary revealed, “In total, we have over 156 [animals], so the inn is full!”

While the group were thrilled to have received €30,000 of funding from the Department of Agriculture, it was hoped that that money would be used for the gelding scheme in spring, something which could hopefully help the situation at hand.

A huge part of the problem, Hilary explained, is that “there’s still too much breeding going on and not enough thought”.

Offering advice to owners, Hilary stressed the importance of gelding, adding that mares are 12 months in foal and will eat a lot more during that time. Hilary also pointed out that animals “have to eat”. “There has to be food in front of them,” she stated, advising owners to take the time to rub their animals down if they have to be left outside.

For all the work they do, and particularly after the past few weeks, Hungry Horse Outside need the help of others to continue.

Those interested in doing so can donate online through their website. However, donations do not have to be monetary, Hilary points out. They also welcome things such as fodder, meals, and of course, rugs.

“The foals could badly do with little rugs,” Hilary added.

Thankfully, the organisation received a helping hand in the form of the Donkey Sanctuary in Cork, who relocated all but two of their donkeys. However, there are at least five more currently waiting to be brought in to Hungry Horse Outside.

The local charity are also aware of the difficulties that animal owners can face, and they offer any assistance they can to those in need of it, as Hilary revealed, “If anybody is in trouble with their horses or they need food, we will help in any way, shape or form we can.”

Hilary also appealed to members of the public to help abandoned animals by contacting themselves or any of the other animal welfare organisation. “If people see a donkey like that, or a pony, please just ring [someone]”.