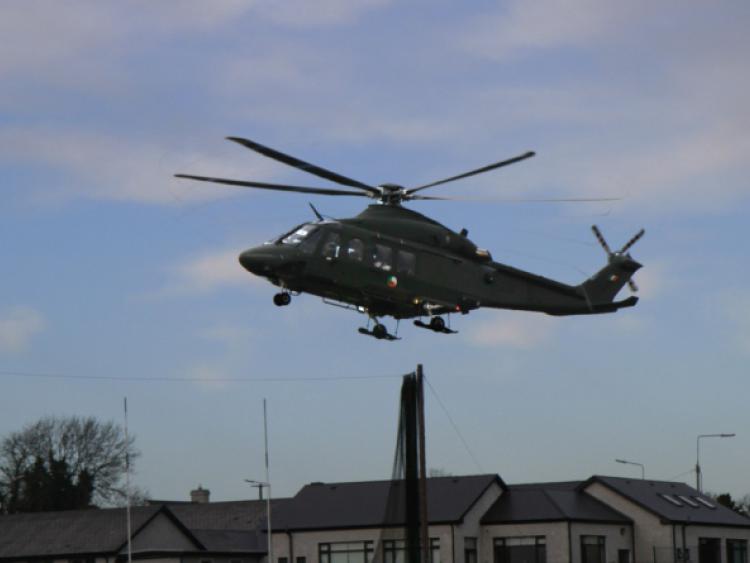 The Air Ambulance pilot scheme has been extended in north Longford after the Minister for Health determined its importance there.

The Air Ambulance pilot scheme has been extended in north Longford after the Minister for Health determined its importance there.

In a letter to Longford County Council, Minister James Reilly TD said that a review of the pilot Emergency Aeromedical Support (EAS) Service had now been completed and a ‘clinical need’ had been demonstrated.

A Department of Health spokesperson explained, “The Minister has accepted the review’s findings, including the establishment of an inter-service working group to examine, among other things, options for the permanent establishment of the EAS and the potential for expansion of service coverage including an all-Ireland approach.”

Local representative in Granard, Cllr PJ Reilly (Fianna Fail) said the air ambulance is a much needed facility in the area.

“It has been required on several occasions and has been used twice in as many weeks,” he said, adding it had saved lives since its inception.

“I am delighted that the scheme has been extended; hopefully it will be a permanent fixture in this area soon.”

Meanwhile Cllr Peggy Nolan (FG) has pleaded with Minister Reilly not to “rob” the county of any more medical resources.

“We have no hospital in Co Longford and I am pleading with Minister Reilly to prioritise this county when its comes to services,” she fumed.

“Over 200 shifts have been dropped in the midlands region in the last three months; no resources are being provided for when ambulance crews go on sick leave and there was no ambulance on duty on Longford on Christmas Eve night; there are many, many more problems. With the national debate raging about response times for ambulances, I am concerned about what is going on in this country.”

If Cllr Nolan was aggrieved by the wider ambulance issue, Fianna Fail’s Denis Glennon this week opted to direct his unease at health services in general.

The former St Mel’s College principal said he had spoken to nurses and staff themselves, many of whom had registered their own displeasure at present day practices.

“I have seen people with my own eyes literally running in A&Es (Accident and Emergency units) and to me the frontline (of the HSE) has suffered,” he said.

He added that confidence in the HSE was being eroded.

“From what I can see there is a morale issue in the system,” he claimed, before turning his attention to changes affecting the government of medical cards.

“How is discretion going to apply on medical cards if is centralised? If a child goes into A&E in Mullingar how will it be known if that child has been immunised.

“Communication is clearly an issue here and it’s one that needs to be addressed.”