Friends of the Children of Chernobyl 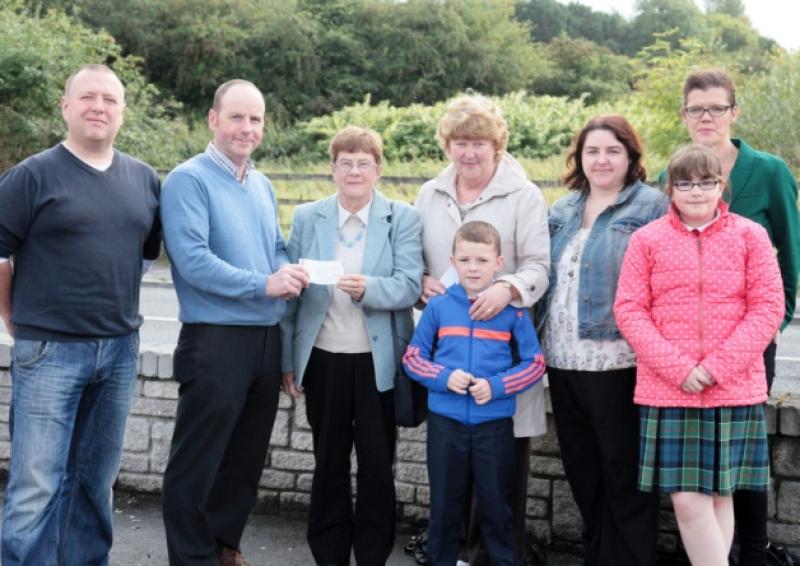 On Friday last, the Longford Lions Club presented the Longford Friends of the Children of Chernobyl with funds raised during a charity cycle.

On Friday last, the Longford Lions Club presented the Longford Friends of the Children of Chernobyl with funds raised during a charity cycle.

The club, who organised the cycle in July, presented the charity with €1,200, which will go towards the incredible work carried out by the group.

The Friends of the Children of Chernobyl will also host a dance and buffet supper in Farneyhoogan on Friday, October 18. Tickets cost €10.

The funds they raise go towards travel and insurance expenses for the children who travel to Longford each July, while further funds will allow group members to travel to Chernobyl to help families who are destitute. Speaking to the Leader, Joan McLoughlin, who has visited Chernobyl on a number of occasions, said it was “comparable to what Ireland was like in the 40’s or 50’s”.

After a year’s break, the group are looking forward to hosting a group from Chernobyl in July 2014, and host families are being sought for the children. “It’s a lovely experience” Joan explained, adding that it was a very sociable occasion, and a chance to give something back.