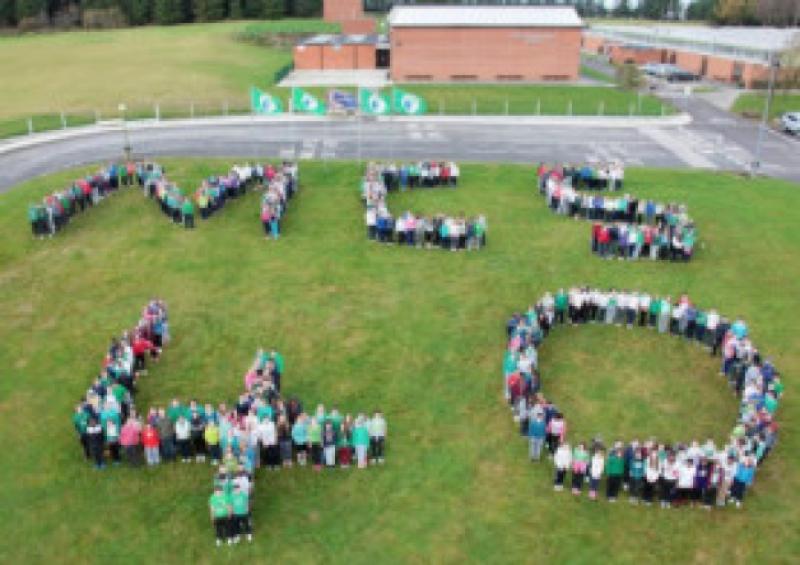 The ‘Moyne CS 40’ charity run proved to be a major success recently as €2,800 was raised for local charities.

The ‘Moyne CS 40’ charity run proved to be a major success recently as €2,800 was raised for local charities.

The students and staff of Moyne Community School donned their sportswear on Friday, October 24 to hit the roads for their first whole school charity run.

The entire school community participated and the idea behind the walk/run was to bring everyone together to mark the 40th anniversary of the school in a fun and energetic way.

Priding itself as an active school community, both students and staff took part in a four week training programme.

This encouraged students to live a healthier, more active lifestyle and to set an achievable goal for the day. Walkers,joggers and runners hit the roads in their masses, completing the designated route at their own pace on the crisp Autumn afternoon.

The smooth running of the event would not have been possible without the organisation skills of the staff and local FAS workers on the day.

Aine Duffy provided medical assistance on the day and Susan Murphy supplied high visibility jackets. A massive thanks goes to all involved in the run up to the event and on the day.

A special word of thanks to sponsors Moyne CS Parent’s Association, Carrigy’s Bus Hire, Wharton’s Travel and Dial A Chef who sponsored the overall prizes.