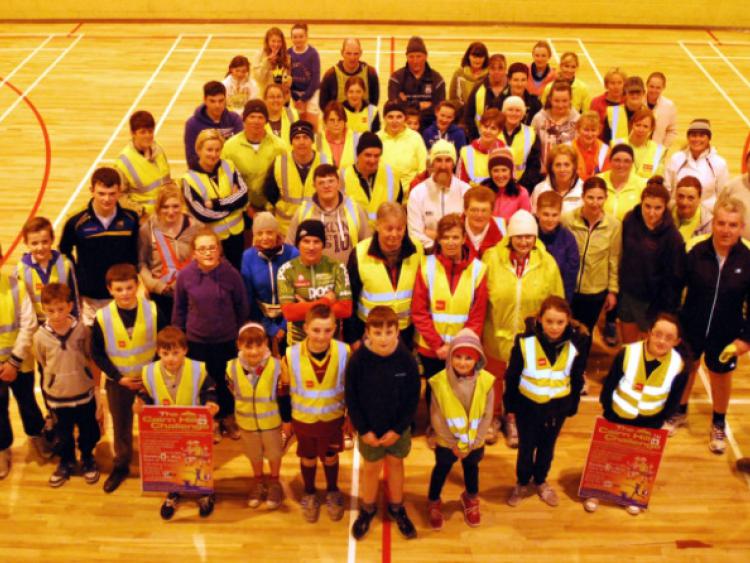 Longford’s growing fascination with personal fitness looks primed to step up a gear this weekend for the second annual Cairn Hill Challenge.

Longford’s growing fascination with personal fitness looks primed to step up a gear this weekend for the second annual Cairn Hill Challenge.

Following on from the success of its inaugural staging last year, organisers have pulled out the stops once more.

Along with the 10 mile and 10km routes, a shorter 5km version has been added to the day’s action packed itinerary.

“We have had a great response in recent weeks,” a committee member told the Leader earlier this week.

Much of that new found optimism has been largely due to the huge numbers who have turned out for weekly training sessions with local athlete and iron man extraordinaire Brendan Doyle.

“A good few people had said they would like to take part but were worried that they wouldn’t have the necessary preparation done.

“Since we started with Brendan the crowds have grown, so much so that we now have around 80 people lining out each week in their high vis jackets.”

Apart from the fun and carefree side to the day, there is a serious side too.

Approved by Athletics Ireland (AAI), those who take part in the 10 mile and 10km challenges will be able to check their times online within minutes of crossing the finishing line.

And while the 5km route may not be chip-timed, it offers the chance for entrants to play their part in one of Longford’s fastest growing sporting and social gatherings.

Proceeds from the day will, organisers hope, go a long way towards securing a permanent home for the village’s local soccer side, Gaels Utd.

“We have been looking at sites over the past six months or so, but we need to get a budget in place and something like this will help us do that,” added the committee member.

Entry fees for the 10 mile and 10km distances stand at €15 and can be made online by logging on to www.precisiontiming.net before 12 noon on May 3.

The shorter 5km route meanwhile commands a €10 entry fee. Organisers will also accept entries up until 12 noon on the day of the event.

Participants will be able to unwind later in the evening at a social function inside local establishment The Bent Elbow.

Together with a cheque presentation, one lucky individual will get their hands on a 46’ Samsung TV following a spot prize draw.