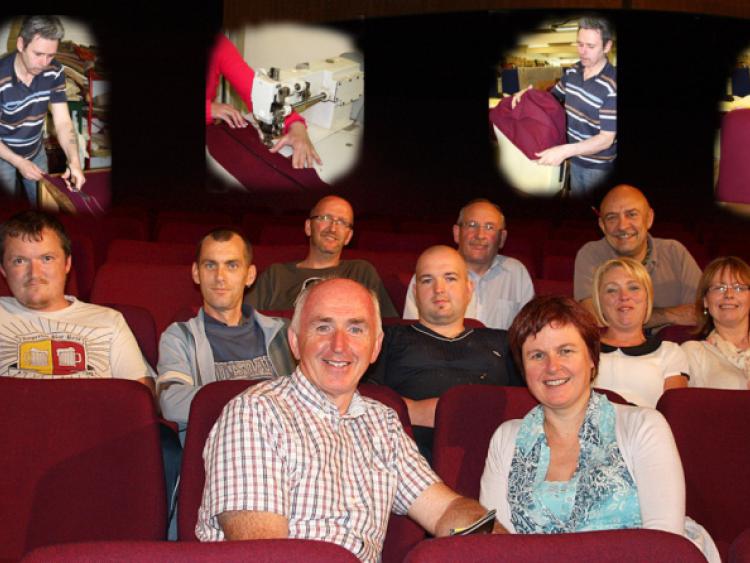 Backstage Theatre, which has been based at Farneyhoogan for the last 17 years, has been undergoing major refurbishment over the last few months.

Backstage Theatre, which has been based at Farneyhoogan for the last 17 years, has been undergoing major refurbishment over the last few months.

All seating in the theatre has been re-upholstered, breathing new life into one of the county’s most important cultural hotspots.

The renovations were carried out by local business, Revamp 3R Store. Revamp is based at Mastertech Business Park and is one of the many projects run by the EDI Centre.

Project manager, Tom Chapman said: “We were delighted to get the opportunity to showcase some of the work being done at the Centre, especially in conjunction with such a major local amenity as Backstage.”

Mr Chapman continued, “Revamp is going from strength to strength and it is thanks to the generosity and support of the local community.

“Over the years, we have been re-upholstering and carrying out furniture repairs for local customers but this is the first time we got such a large contract. We are pleased Backstage chose a local business, such as ourselves to carry out the work.”

He added, “Most of our employees have learned their trade through the Revamp Training Programme, which also takes place at the EDI Centre. It was great the way the staff at Revamp got behind the venture and were able to meet every deadline. Special praise must go to Steven Hunt and Stephen Byrne. Our project is run as a social enterprise and not for profit with all earnings being put back into further training at the EDI Centre.”

Mona Considine of Backstage Theatre said they were delighted to be able to offer this project to Revamp, being a local business and a very important training initiative.

“It was a pleasure working with the team at Revamp and we are particularly pleased with our newly refurbished seating. The quality of work is excellent and the colour, though similar to what was previously there, brings a richer and warmer look to the auditorium.”

Ms Considine pointed out, “Our seating is known throughout the country to be very comfortable and we were determined to refurbish this seating rather than replace it. We were lucky to have a resource such as Revamp locally to carry out this work for us.

“We are also very grateful to Longford Community Resources Limited who funded this project through the rural development programme. We have a busy season of theatre, music and dance in the coming months and we hope that local people will come along to the theatre to be entertained in the comfort of our lovely new seating.”