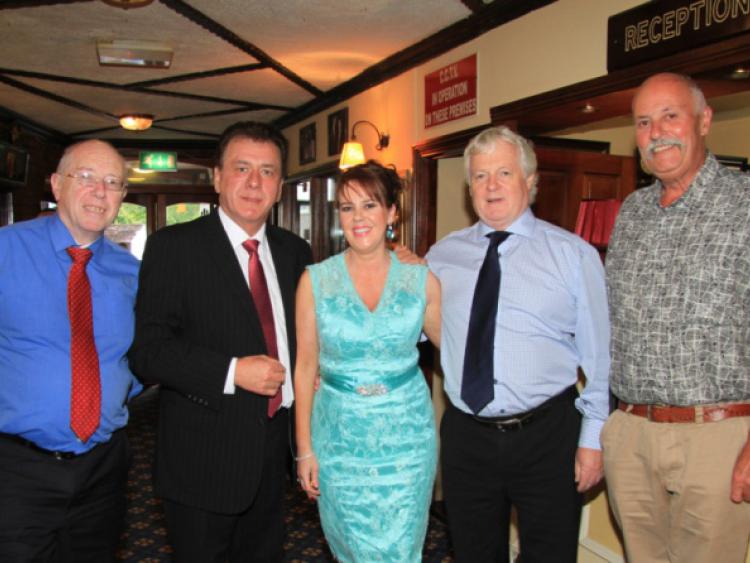 “Longford needs jobs; Westmeath needs jobs, and that is what I will get”.

“Longford needs jobs; Westmeath needs jobs, and that is what I will get”.

These were the words of a confident Frank Kilbride who told the 250 or so crowd that was in attendance at his general election campaign launch in the Park House Hotel last week that “our kids are our future and we do not want to see them leaving these shores when we should have jobs for them.”

The former Fine Gael member was a local area representative in Co Longford for 10 years, and narrowly missed out on a Seanad seat in 2006/7. However, after losing his seat in last year’s local election, the broadcaster, singer and businessman took time out to reflect on his life, got married in December and this week launched his campaign as an Independent candidate in the 2016 General Election.

“They say behind every good man there is a good woman…...and thank God my mother is still alive,” quipped Kilbride at the launch as he looked adoringly at his new wife, Patricia.

“We have exported more and more (people) out of this country and then the Government tells us that employment is on the rise.

“Of course it is on the rise, when there are 20 or 30 people from different townlands in counties Westmeath and Longford hopping on planes every week and leaving these shores.

“We must create jobs for the people of Longford and Westmeath and that will be one of my priorities as we go along the road to hopefully get what we can.”

The general election hopeful went on then to address other issues including the difficulties posed to young students because of the third level grants system and the plight of farmers across the c ountry.

Mr Kilbride also alluded to the fact that he lost his seat in the local elections because of the new election boundaries that were put in place in the months prior to the event.

“There are people who will say that farmers are getting richer by the minute with all the grants they are getting, well let me tell you that is not the case,” he continued.

“There is too much red tape for them to cross - yes he (farmer) gets his grants over a certain period of time, but the way it is gone now - if he makes one mistake [on the paperwork] he is gone, out of it and any money paid to him must be refunded to the Department of Agriculture, Food and the Marine.

Friends of the hotelier and singer were also dotted around the room including stars like TR Dallas and Chuck and June Owens.

TR Dallas aligned his support to Kilbride in his Dáil bid, on the night, and spoke of the importance of everyone joining forces to protect rural Ireland.

“I have travelled the length and breadth of Ireland every day of the week and the roads and countryside in rural Ireland is definitely being neglected,” added TR Dallas.

“It has been going on for years and whether you go through Edgeworthstown, Swinford, Charlestown or Mullingar, all the shops that have closed down through the years becomes very evident.”

The well-known musician concluded by saying: “If you have somebody like Frank Kilbride working for you in Leinster House, you would do alright - good luck.”