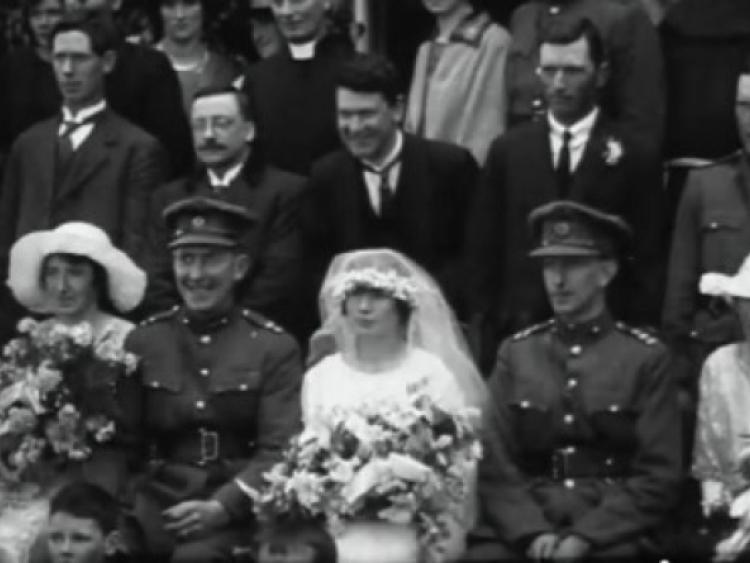 Newsreels dating from the 1920s which feature Longford town are among more than 80,000 recently uploaded to YouTube by British Pathé

Newsreels dating from the 1920s which feature Longford town are among more than 80,000 recently uploaded to YouTube by British Pathé

One clip features the wedding of General Seán MacEoin - the famous freedom fighter known as the ‘Blacksmith of Ballinalee’ - to Alice Cooney in 1922.

The newsreel features scenes outside St Mel’s Cathedral, with members of the North Longford Flying Column and Free State soldiers providing a guard of honour for the happy couple.

Among the wedding party, Michael Collins and Arthur Griffith can clearly be seen, with the event taking place only a matter of months before both men died.

Another Pathé newsreel features the unveiling of the World War I memorial at the Market Square in 1925, which featured a march by local war veterans. Several recognisable businesses and buildings, including the the old Leader Print Works and the building which is now the Market Bar, are clearly visible in the background.

While not set in Longford, a third piece of footage included in the archive centres around the 1922 funeral of Mr J McGuinness TD, who served as a politician for Co Longford. The reel includes images of soldiers carrying his coffin - draped in the Tricolour - through streets, with large crowds present to witness the event.

Pathé newsreels were a familiar and popular sight in cinemas across Ireland and the UK from 1910 and 1970, when news stories were shown before films.