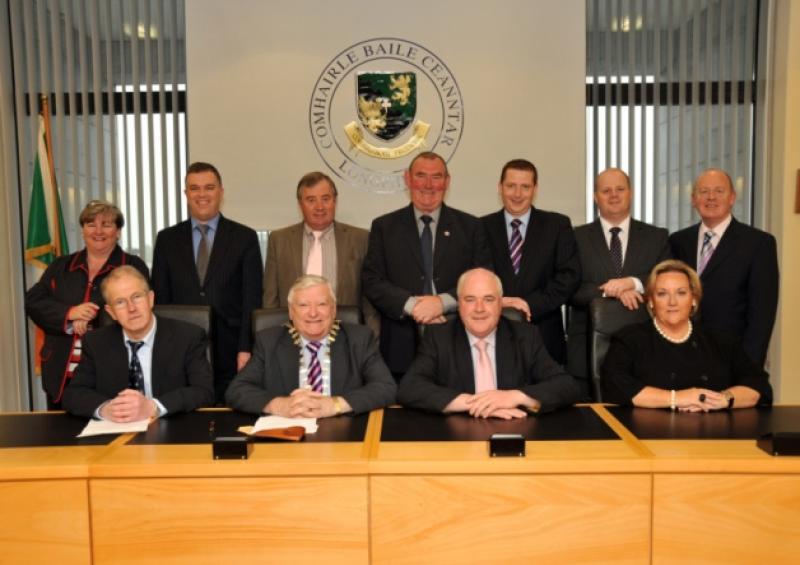 The dissolution of Longford Town Council after this year’s local elections brings to an end a long history of municipal government in Longford town.

The dissolution of Longford Town Council after this year’s local elections brings to an end a long history of municipal government in Longford town.

The UDC was established in 1900 as the direct successor of Longford Town Commissioners, which was first formed in 1855, taking over from an earlier board of commissioners which existed from 1828 to 1846.

However, the story of municipal government in Longford goes back urther: Longford Borough Corporation was established by a charter granted by King Charles II in 1668 and played a very limited role as a local authority until it was was abolished in 1840.

Longford Town Commissioners was the first local authority in County Longford to be elected. There was no elected body at county level until the first county council in 1899.

The commissioners provided a range of services, including the cleansing, paving and policing of the town, with work funded by the collection of rates. The board set up in 1855 had wider powers and was elected on a more democratic basis.

An 1898 Act of Parliament led to the establishment of county councils, and act enabled Longford and Granard Town Commissioners to become urban district councils. The UDC had more responsibility, especially in the area of sanitary services.

When it was first established in 1900, Longford UDC had 15 members - the same number as there had been on the town commission. In 1942 the number was reduced to nine.

It is no exaggeration to say that the municipal authority – Town Commissioners, UDC and Town Council – has been crucial in shaping Longford town.

The most obvious example is the social housing schemes constructed since the 1890s. The first two were on St Mel’s Road and St Michael’s Road in 1896-97, with St Bridget’s Terrace and the second phase of St Michael’s Road following in 1913.

There were many others after independence, and combined, they changed the lives of many local people. The council worked over several decades to create suitable conditions for investment in Longford.

Some members were active in the Chamber of Commerce and were instrumental in bringing industry to the town.

It is clear that from the 1950s onwards that the council saw the potential for investment and identified a range of improvements that would make Longford attractive.

Among them was the development of amenities, including a swimming pool and park.

From the early 1940s, the UDC worked to establish a swimming pool.

The first one, at Templemichael, was developed in the mid-1950s with financial aid from the council, and a new pool was later opened beside the Market Square in 1966.

Of course, much more recently, the council has re-developed The Mall, where the present pool is located.

Over several years, the town council has had a very effective partnership with Longford Tidy Towns. Its involvement in this area dates back to the beginning of the Tidy Towns’ competition in 1958. The UDC strongly promoted the competition and Longford won first prize in its category in 1959, taking a prize of £500.

The council also had some interesting distinctions. Longford UDC was the first in Ireland to have a female town clerk - Maura Lamb - who served from 1926 to 1969. It also had a husband and wife, Peter and Elizabeth Fanning, serve simultaneously as members in the period from 1928 to 1934.

In the cultural sphere, the council has had two twinning programmes. The first, with Sparks, Nevada, in the USA, began in 1976, while the second, with Noyal- Châtillon-sur-Seiche, in France, started in 1998 and has been very successful with reciprocal visits, including a student exchanges.