Killoe golfer a putt closer to achieving US Open dream 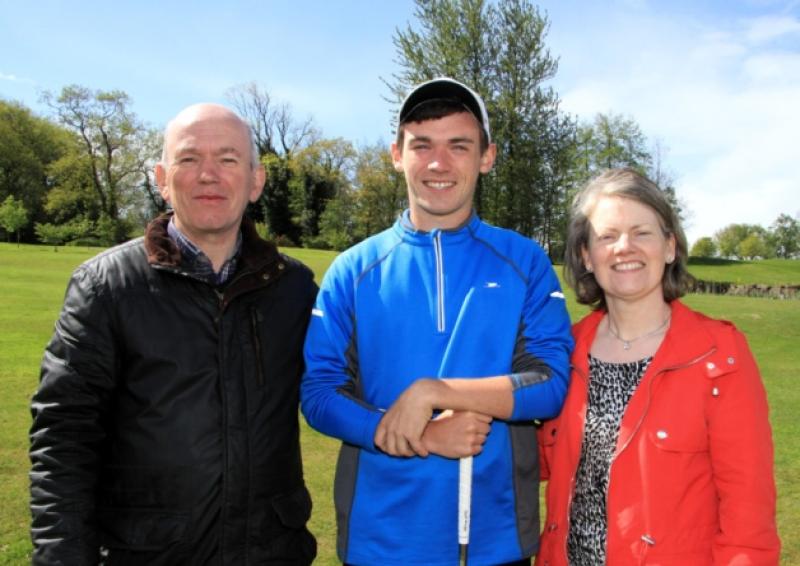 Talented Killoe golfer John Igoe says “it still hasn’t sunk in yet” that he is on the brink of qualifying to compete in the prestigious US Open Golf Championship.

Talented Killoe golfer John Igoe says “it still hasn’t sunk in yet” that he is on the brink of qualifying to compete in the prestigious US Open Golf Championship.

Nineteen year old John, son of Brendan and Carmel, Kelleter, Killoe, is a two-handicap member of Longford and Roscommon golf clubs, and on June 8 he’ll continue the pursuit of his qualification dream during a 36-hole, one-day, sectional qualifying event at The Bears Club in Florida.

This time last year John was preparing to sit his Leaving Certificate at Moyne Community School and when the exams finished he jetted off to Bethpage State Park golf courses in New York, where his cousin Colin is head caddy.

John explained, “I spent the Summer caddying on the Black Course at Bethpage where the US Open was held in 2002 and 2009. Colin and I played a lot of golf during my days off on the Red Course and I happened to do well and I enjoyed it.

“As it turned out last week’s event was on the Red Course.”

John shot a two-under-par 65 - on a course that was reduced to 17 holes - securing the sixth qualifying slot of the seven available from the field of 112 competitors.

“I’ve got to do ten times more practising than I’d normally do ahead of Florida and I’m going to give it everything. I’m not going to put any extra pressure on myself by tempting fate and saying ‘what if I make to the US Open?’”

John returned from the US on Monday (he flew out on Friday, May 8), and determined to achieve his goal and to improve his game, he went for some practice at Longford Golf Club.

He admitted to being “annoyed” he could not gain automatic entry into the West of Ireland Championship as his handicap fell outside the cut-off limit of 0.2.

He has played for Connacht in the Boys Inter-provincial series.

US Open qualifying attracts 10,000 golfers and John revealed that he sat down with his Mam and Dad to discuss it before “deciding to give it a go” and going online to complete his $175 entry form.

He stayed with his uncle David Farrell, who lives 20 minutes from Bethpage, and while in the US he met with his former coach Davy Byrne, who is friendly with his current coach Mel Flanagan.

“There was a lot of travelling. It has been a crazy 10 days but well worth it,” enthused John.

He isn’t altogether sure whether the next stage of qualification on June 8 will be in Florida, as there are also events at New York and Ohio. “Fingers crossed it will be Florida. That’s what I’m hoping for anyway because I’ve already got the flights booked!”

The US Open, whose roll of honour features Rory McIlroy and Graeme McDowell, takes place at Chambers Bay near Seattle, Washington from June 18-21.

John began playing golf in 2009. He revealed, “I played a bit of underage hurling and I had good hand eye coordination, so I gave golf a go.” He also played gaelic football with Killoe Emmet Og and credits his parents for their support. “Mam looks after the booking of my flights and Dad drives me around. They are great.”

John says he has been inundated with messages of congratulations.

“It is a great feeling. I have never experienced anything like it before.”

John’s coach, Mel Flanagan, has described him as a great ball-striker with a very good temperament.

“It’s a fantastic achievement to get this far, and there’s more to come,” while Longford Club Professional Pete Duignan said John was “a nice, quiet and unassuming character,” and wished him every success in his bid to reach the US Open.