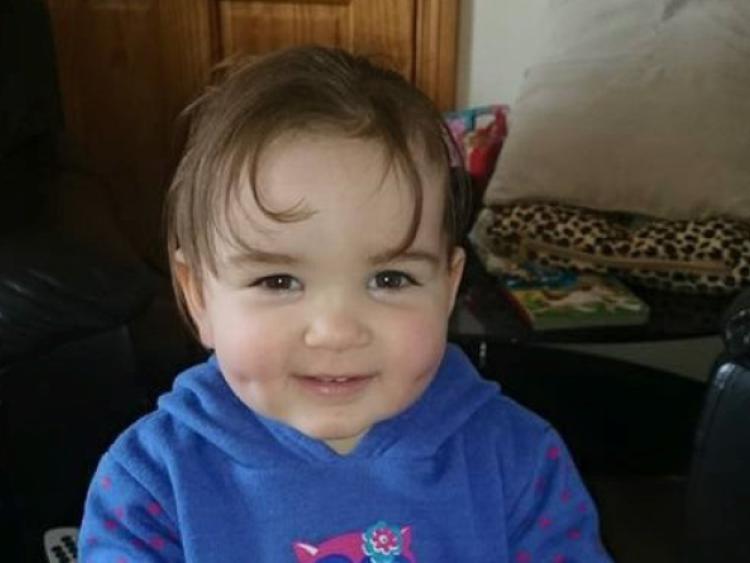 A two-year-old girl was happily reunited with her toy hippo after it went missing in a Longford supermarket, thanks to a social media campaign launched by her mother.

A two-year-old girl was happily reunited with her toy hippo after it went missing in a Longford supermarket, thanks to a social media campaign launched by her mother.

Little Tara Houten from Kenagh was accompanying her aunt on a trip to Aldi in Longford town last week when she mislaid her favourite toy.

“She was in shopping with my sister when it went missing,” her mother, Deirdre Mulvihill, explained. “My sister was in bits!”

Distraught after losing the hippo, which she affectionately calls ‘Dodo’, Tara refused a replacement hippo Deirdre gave her.

“There’s a long story to it all,” Deirdre laughed. “She got one from her aunt and uncle, but the dogs got hold of it and it was shredded. I had to ask them where they got it from, and they said it came from a vending machine at a chipper in Tubbercurry down in Sligo.

“I ended up having to ring the owner of the chipper, who said the machine was gone, but that he had a bag of 20 hippos left, so at 10.30pm at night we had to drive down to Tubbercurry to get them!”

After Deirdre and dad Martin returned home with the stash of cuddly toys, Tara picked out an identical red hippo, and when that went missing in Aldi, none of the others would do.

“I put the story up on Facebook and it got a serious response. I posted it on three of the main Longford pages and it ended up getting shared 800 times.”

It transpired that staff at Aldi had left the toy on a shelf in the hope that Tara would return for it, but instead it was picked up by a little boy, who took it home with him.

“The young boy’s father spotted it on Facebook and got in touch to say he had found it and sent on a photo of it.”

Having been reunited with Dodo, Deirdre hatched a plan to ensure her daughter’s toy does not go missing again.

“I’ve made a clip for him so that he’ll be attached to Tara and won’t get lost from now on!” she revealed.

Deirdre also explained she has not forgotten about the little boy who took a shine to the toy hippo.

“I have a different one here and I’m going to post it out to him today so he can still have one for himself,” she said.