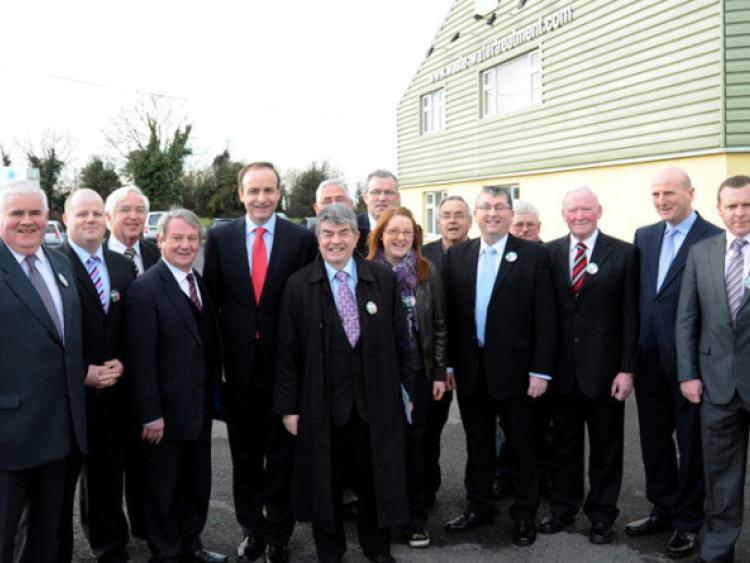 Fianna Fáil’s local election campaign kicks off this week, with meetings across the county in preparation for Conventions in December.

Fianna Fáil’s local election campaign kicks off this week, with meetings across the county in preparation for Conventions in December.

Speaking to the Leader, Pat O’Rourke said that all sitting councillors would seek a nomination, while it has emerged that a number of new faces will also put their names into the local political ring.

With six seats in the Ballymahon Electoral Area, six in Granard, and six in Mid Longford, it will be atough contest for anyone who come s through convention.

“There is a significant change in the Convention procedure now,” Mr O’Rourke explained. “Each member of the party has a vote, whereas before it was just delegates.”

Seamus Butler was one of the major casualties in 2009, in the Mid Longford Electoral Area after he lost his seat - a position he held for five and a half years.

“I will be seeking a nomination because I believe that I still have something to offer,” Mr Butler said, adding that “voting patterns” in 2009 were unusual.

“There are only six seats now, where there was seven. I have been very involved in Longford Chamber of Commerce and in the restoration of St Mel’s Cathedral since I lost my seat, and in life you need to be able to take the setbacks as well as success. There certainly is a degree of trepidation, and after last time round I’m taking nothing for granted.”

Meanwhile, sitting Longford Town Councillor, Michael Connellan is gearing himself up for the December convention.

“It is going to be tough to get through the convention; there are five candidates going for three seats, so two are going to end up very disappointed,” he added.

Speaking to the Leader, Cllr Flaherty said that he had “officially declared” himself in the race and pointed to his 20 years of service to local government.

“I’ve done a lot of work for Longford town”.

Turn to page 27 for Johnny Fallon’s analysis of the Longfored Local Electoral Race.