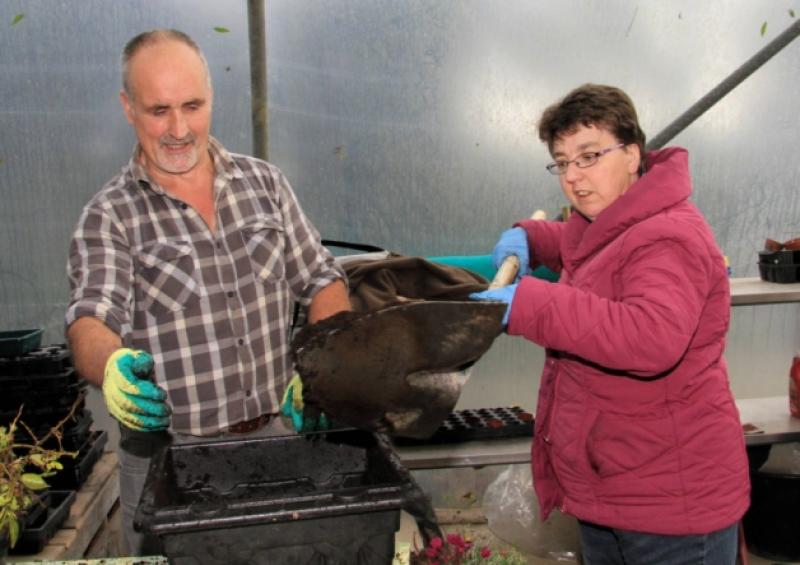 The Community Garden project at Lus na Greine in Granard has been nominated for a top award.

The Community Garden project at Lus na Greine in Granard has been nominated for a top award.

Now the project will go forward for judging in the Get Involved campaign which is spearheaded by the two newspaper organisations the NNI Local (Local and Regional Newspapers) and RNPAI (Regional Newspapers and Printers Association of Ireland) to promote social enterprise and sustainability in local communities.

The Granard based centre was nominated for the award by the Longford Leader following the development of its community garden.

When Lus na Greine opened in 2012, nobody could have imagined that the decrepit and overgrown expanse, spanning no more than 0.75 of an acre, at the back of the centre would be anything other than waste ground.

But thanks to the imagination and vision of Lus na Greine project co-ordinator Eileen Finan together with development officer Siobhan Harton, it has been transformed.

Throw in the fact it provides full wheelchair access and suddenly you have a facility that’s both self sufficient and all encompassing.

“There’s a holistic aspect to the garden and because there are so many strands from the local community accessing it, the garden has become a huge integrated space,” said a smiling project co-ordinator Eileen Finan.

Sitting alongside Ms Finan is her trusty colleague and development officer Siobhan Harton.

Both women are quick to point to the many other groups and agencies who lent their own expertise to the garden’s steady progression over the past two years.

Not surprisingly the project has captured the imagination of the local community with many volunteers taking part in its development.

Already this year the garden has hosted a number of community events.

Alongside the customary garden based activities have been sport, nutrition, photography, orienteering, summer and Easter camps as well as parent and toddler group classes to mention just a few.

A garden party in May was another, something both Ms Finan and Ms Harton werekeen to highlight.

“The proceeds from that went to St Vincent de Paul in Granard,” said Ms Finan.

“We had a huge turnout, a couple of hundred people were there and they all came from the local community.”

As with many outdoor spaces of its kind, there are poignant aspects to the garden too.

Only last month, a bulb planting ceremony was held in memory of local women Bridie O’Hara and Mary Hynes in recognition of the contribution the pair had on Lus Na Greine and Granard Garden Club over the years.

“We also want to do something around bees because they are so important to the earth and pollination,” added Ms Finan.

“And then perhaps introduce food, have a few chickens maybe and a rabbit. We are very proud of what we have done so far, but there’s so much more we can still do.”

The garden is just one part of the offering at Lus na Greine Family Resource Centre.

From bereavement support, counselling services and unemployment assistance to its dedicated work with youth groups and various other local bodies, it’s hardly surprising why Lus na Gréine is often talked about in such glowing terms. Neither is it surprising that the project has been nominated for a Get Involved Award.

With the 2014 Get Involved local finalists now decided the national competition, boasting a prize fund of €7,000, is underway across the country.

More in the coming weeks.

fund of €7,000, is underway across the country. Many projects are in full swing, however, a few are

representing 51 weekly titles, have agreed the remaining deadlines for this year’s competition.