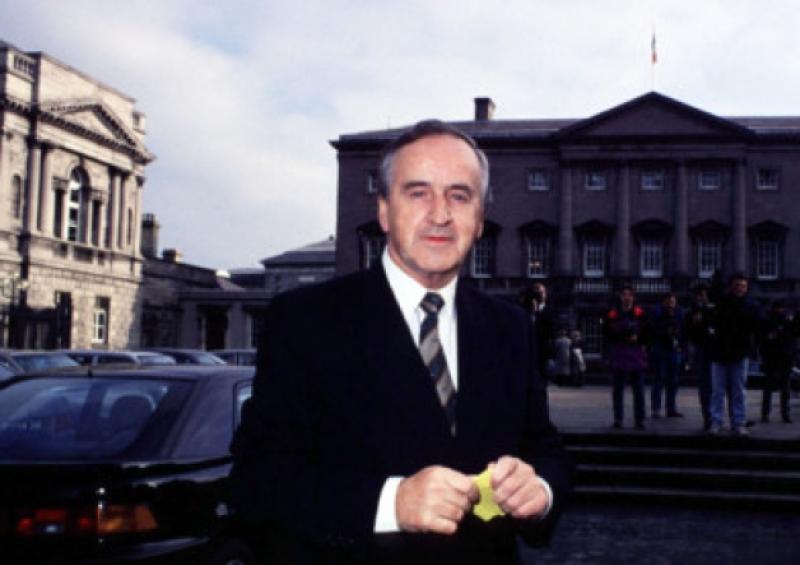 Former Taoiseach Albert Reynolds has died at the age of 81. He passed away the early hours of this morning.

Former Taoiseach Albert Reynolds has died at the age of 81. He passed away the early hours of this morning.

Possibly his greatest legacy will be his pioneering role in the Downing Street Declaration in 1993. This provided the platform for the IRA ceasefire in August 1994, 20 years ago this month.

A native of Rooskey, Albert Reynolds was well established businessman who built dancehalls across the region and later developed the C&D pet food plant in Edgeworthstown. A former Chairman of Longford Chamber of Commerce, he was first elected to Longford County Council 1974 and he was then elected to the Dail in the Longford/Westmeath constituency in 1977.

Albert Reynolds succeeded Charles Haughey as Taoiseach and Fianna Fail leader in February 1992. He outlined his commitment to address the issue of Northern Ireland in his first days in office. He established links with all parties in the North of Ireland and advanced talks with the British Government which eventually led to the signing of the Downing Street Agreement with British Prime Minister John Major in 1993. However his period in office was not without difficulties.The 1992 Fianna Fail-Progressive Democrats coalition government collapsed in the fallout from the Beef Tribunal.

Following a poor election for Fianna Fail, the party was back in government with Labour but that government collapsed in November 1994 following controversy over the handling of the Brendan Smyth case.

Tweeting this morning, Northern Ireland Deputy First Minister Martin McGuinness said he was sad to hear of the death. “Albert was a peacemaker,” he wrote.

Albert Reynolds was renowned for his devotion to his family. He is survived by his wife Kathleen and their seven children.