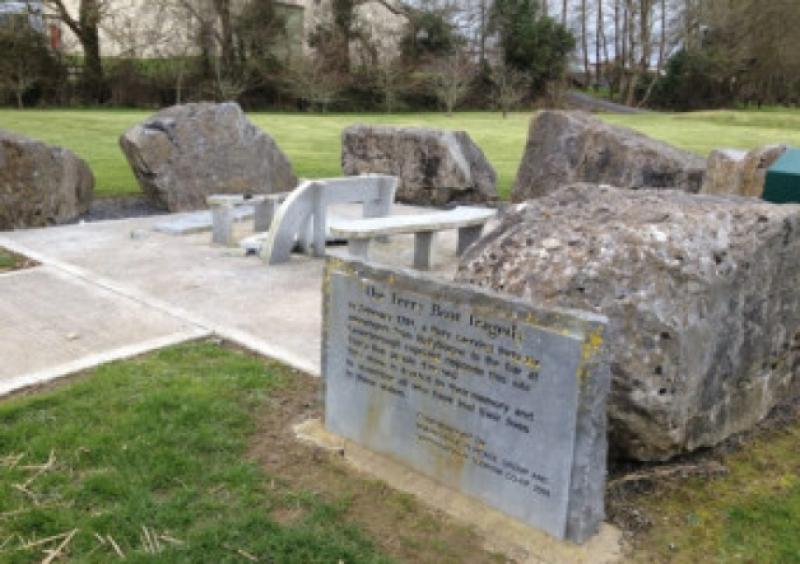 Lanesboro community activists are seething with frustration and anger this week after vandals smashed a polished granite memorial, causing an estimated €4,000 in damage.

Lanesboro community activists are seething with frustration and anger this week after vandals smashed a polished granite memorial, causing an estimated €4,000 in damage.

Gardaí are investigating the crime which Denis Devereaux, Secretary of Shannonside Heritage, described as an “awful shame”.

The Ferry Boat Tragedy Memorial, which commemorates 35 people who drowned in February 1701 when their boat travelling from Ballyleague to Lanesboro capsized and is also dedicated to the memory of those that have lost their lives on the River Shannon in the area, was a focal point for families and tourists.

And Mr Devereaux is unsure whether the damaged memorial, unveiled in August 2008 and commissioned by Shannonside Heritage and Lanesboro Tourism Co-op, will be repaired. “It is the first piece of serious vandalism that has taken place in the area for as long as I can remember. We can’t afford to replace it and we’ll leave the debris in place for a little while just to let people see what happened.”

An annoyed Mr Devereaux added, “We don’t have the money. We are very small organisation and any money we raise, we give to Tidy Towns and other groups. Maybe a timber picnic style bench could be installed. It wouldn’t be as attractive. One seat was left intact following the incident and we’ll consider taking it out before it too is smashed and relocate it to somewhere along the town.”

He explained that Shannonside Heritage Chairperson Sarah Crinnigan noted the large volume of expressions of outrage on social media in the wake of the vandalism and she said that some people went as far as offering money to help replace the smashed memorial.

The granite table would have been very heavy and Mr Devereaux remarked, “I would imagine somebody prised the table top loose, maybe not just the night of the incident. It is quite heavy and they tumbled it off on to one of the seats and broke both or lifted it and smashed it down on the seat. The other seat is still in place.”

Anyone with information on the incident is being urged to contact Lanesboro Garda Station at 043 33 21102.