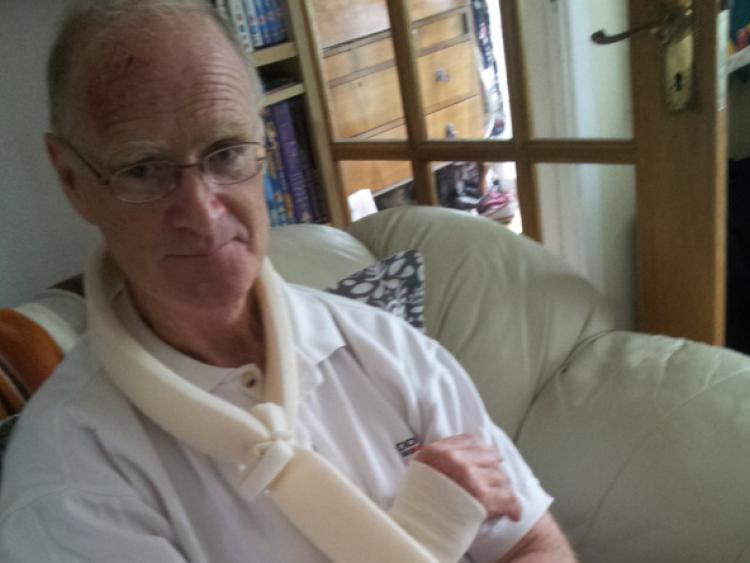 One of the victims caught up in last week’s horrific car crash outside Newtownforbes has spoken of his terrifying ordeal by paying a glowing tribute to emergency services who attended the scene.

One of the victims caught up in last week’s horrific car crash outside Newtownforbes has spoken of his terrifying ordeal by paying a glowing tribute to emergency services who attended the scene.

In an exclusive interview with the Leader this week, Enda Mulvihill admitted both he and his wife may well have been left paralysed but for the quick response of fire and ambulance personnel and gardaí.

The 62-year-old sustained a series of broken bones, including a fractured sternum after the couple’s car collided with a lorry along the N4 last Monday (August 26).

His wife, who was behind the wheel at the time, was more severely injured. She suffered breaks to both her arms and legs as well as spinal injuries, the extent of which are still being assessed by medics at Tullamore’s Midland Regional Hospital.

“It all happened in a split second,” said Enda, just 24 hours after he was discharged from hospital. “We were travelling back from Donegal to collect my mother-in-law in Dublin. The funny thing is we would normally go via Enniskillen but we decided to take the Sligo route to Dublin.”

It was a decision Enda believes would undoubtedly have ended far more seriously had it not been for the expertise of gardai, ambulance and hospital staff.

“I remember a lady vet holding my neck up against the back head-rest of the car when I regained consciousness,” he added.

“The Gardai and the fire brigade were fantastic. They took infinite care because they couldn’t get to my wife on that side of the car as she was trapped.”

After Enda was carefully slid onto a spinal board, cutting crews sliced away at the car’s roof in order to free Susan from the wreckage.

While all this was unfolding, the couple’s two-year-old dog, named Bell, appeared to go missing. Little did Enda know that she was being cared for by locals who spotted the miniature schnauzer close to the crash site.

“Apparently Bell came back to the scene every day looking for us. We would like to thank these people who looked after her.”

He’s also adamant their lives were saved by Susan’s silver coloured Ford Focus, a car Enda admitted to only having bought in February.

“One of the things it had was a five star safety record, so we are lucky in that way,” said the grateful-sounding father of three.

Now back home, Enda’s sole focus is on ensuring both he and his wife make a full and successful recovery.

As he embarks on his road to rehabilitation this week, Enda is all too aware of what might have been.

“We were both out of it when it happened. But what this has shown me is that despite all the talk of cuts and so on, we have a very professional emergency and health service still.

“And the food in Tullamore Hospital is hard to beat too, let me tell you.”